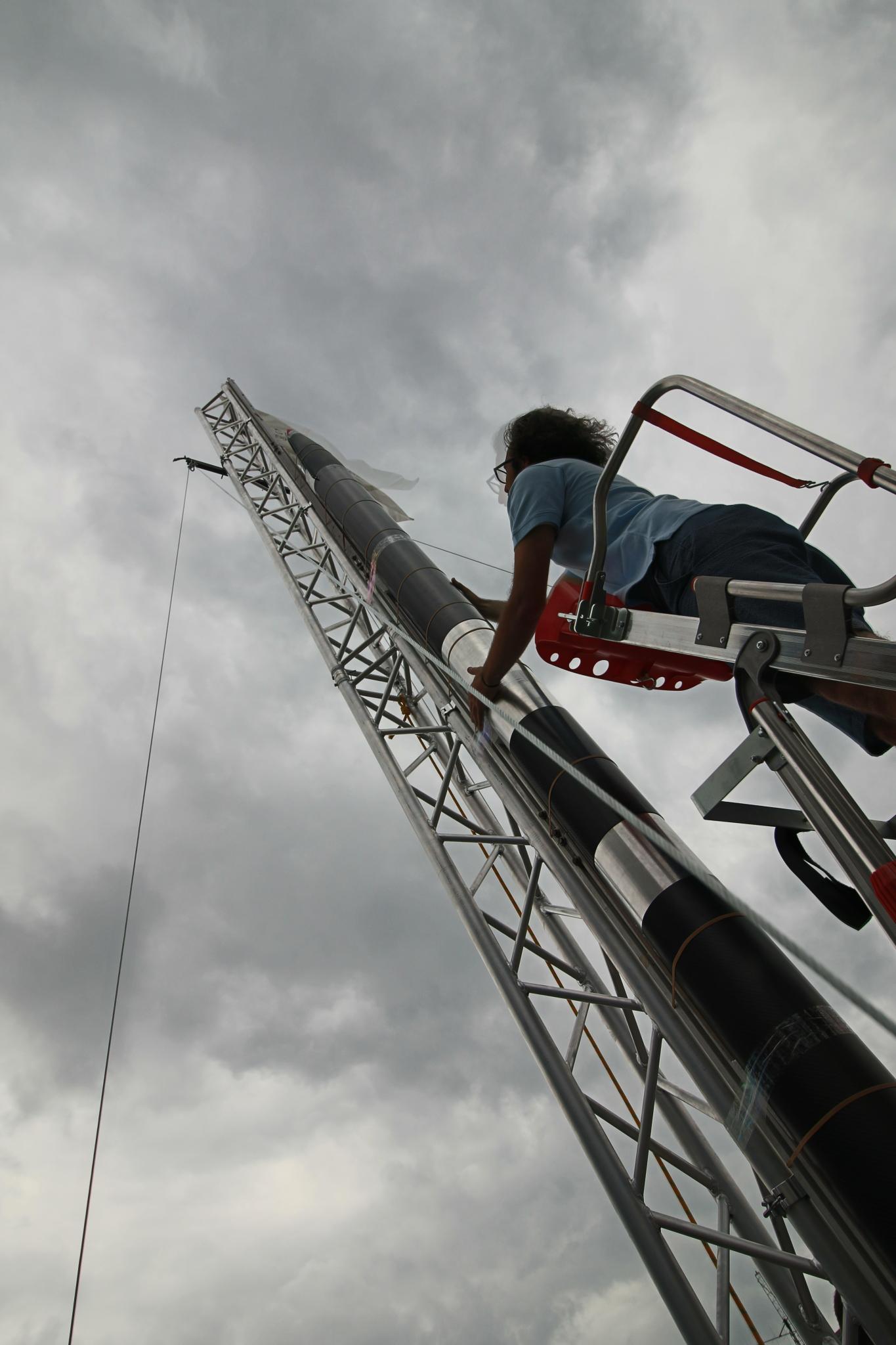 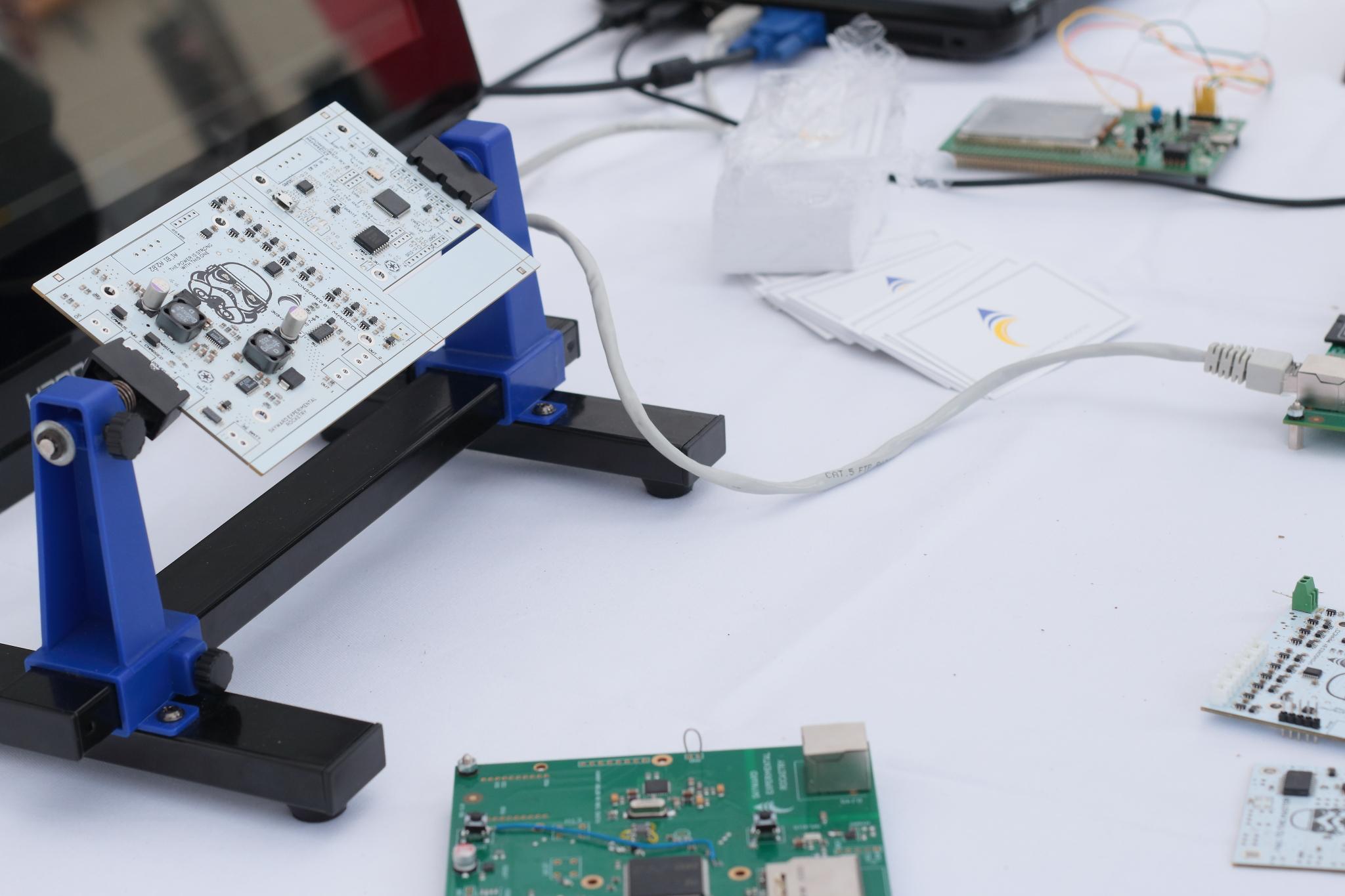 Rocksanne II-A is a supersonic sounding rocket 4,3 meters long and capable of reaching 10â€™000 meters of altitude. Its purpose is to lift scientific payloads at high altitudes and then to be recovered and reused.
The structure of the rocket is completely made in carbon fiber and aluminum. This make it light and robust, in order to sustain flight loads.
The mission profile (stability, altitude, velocity and acceleration) was simulated thanks to the use of DATCOM software that gave a matrix of coefficients to be used in the simulator written in MatLab in two years by the Mission Analysis team. The accuracy of the simulations was verified in a wind tunnel and with the series of launches of the subsonic rocket R1X, which was launched three times in 2014.

The electronics system is able to receive the launch signal wirelessly, in order to launch the rocket in complete safety; the same communication system, with an antenna patch at 868Mhz designed ad hoc by the team, constantly sends the telemetry to the ground station. The GPS patch antenna (1.5Ghz) and the video transmission patch antenna (5.8Ghz), with itâ€™s telemetry data backup are located on the fuselage, over the bigger 868Mhz antenna.

Another peculiarity of the flight analysis and control system is that it can keep the batteries charged while it stay on the ramp, during the wait for the countdown. All the batteries have doubles and an automatic swap in case of abnormal voltages. The electronic boards inside the rocket have been designed completely by the team, and they use an open source operating system running on STM32, MIOSIX; they communicate between each other with 2 CANbus, for safety reasons and packets synchronization.
The Payload bay is 40 cm long and can contain up to 5kg of various scientific oriented payload, like sensors or technical equipment. It interfaces to the rest of the system through CANbus, RS485 or RS232/UART, according to necessities.

The Deployment bay contains two pilot parachutes (drogues) and a guided parachute (Rogalloâ€™s wing). The first Drogue, which is cone shaped with an apical hole, slows the rocket from apogee speed (that could be over 50m/s) to 25m/s. Around 5â€™000 meters of altitude the second cruciform parachute slows down the parachute to 10m/s. In these conditions, if the weather allows it, the Rogallo wing can be deployed and it should allow the rocket to land wherever planned. The whole landing is managed by an algorithm developed by the flight control team in the past year.

The Von KÃ¡rmÃ¡n profile of the nosecone has been selected because itâ€™s the most efficient for our speed range, providing the lowest drag possible. The nosecone is full carbon fiber except for the tip, in aluminum, necessary to sustain the high temperatures caused by supersonic flight.

The ramp, 7 meters long, is composed by with standard stage truss, on a custom built base.

The project is sponsored mainly by Politecnico di Milano, and receives a good amount of funds and support from local enterprises, enthusiastic of our mission. 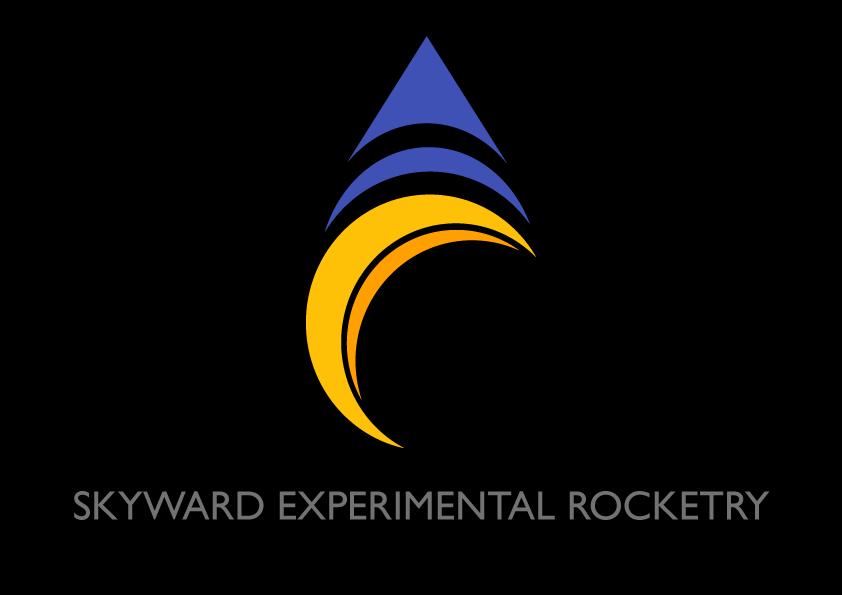 The association was founded under the name of " ASMA Experimental Rocketry ", thanks to the passion for space exploration and astronomy of some students in the university.

In the first year of operation they designed and built the first missile, the Fe-1, but because of the home-made components, it was never able to fly.

In February 2012 the ASMA members organised a meeting with some of their aerospace engineering professors: in this day they presented the '' Rocksanne Project '' and asked for cooperation.

In April 2012, the non-profit association was officially incorporated and changed its name to Skyward Experimental Rocketry. Giovanni Pandolfi as president and Michele Messina as vice president led the 20 people team for the first phase of the program Rocksanne: the Rocksanne I-X missile.

The first launch of the association was in November 28, 2013 in Roccaraso in Abruzzo. The missile reached an altitude of 969m and then fell on the snow. The event was only a partial success due to a malfunction in the system of opening of the parachute.

In the launch campaign in Roccaraso from 6th to 8th June 2014 there was a double launch of Rocksanne I-X without failures: the missile is recovered after soft-landing thanks to the parachute. The maximum heights achieved with the two launches were respectively 939m and 1100m.
The second launch differed only for the construction material of the [[Fincan]]: in the first launch was in fiberglass and the second was in carbon fiber. This slight edit of the missile for the second launch was coded with a name '' Carbon Tail '', hence the name R-IX CT. The latter has reached the aforementioned height at a speed of 533km/h with 6,8g of maximum acceleration.