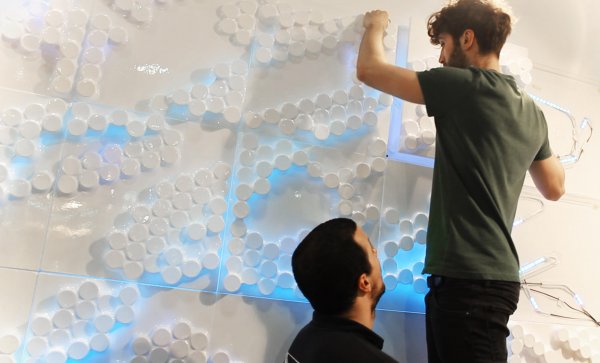 Hypnosis is a quick manufacturing method for molds for
custom and unique items, combining cutting of polystyrene with hot tools and thermoforming techniques. The methodology offers the ability to develop the production of
custom and unique elements having complex low-cost forms for building
systems and components. Hypnosis is the perfect method for applications in contemporary architecture, where personalized elements are increasingly required to cope with the geometric complexities of new expressive languages. 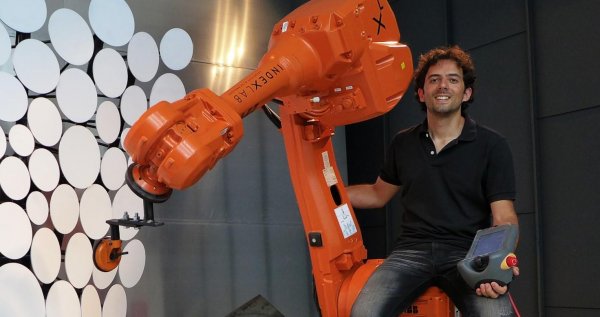 Pierpaolo Ruttico is a research fellow at the Politecnico di Milano, founder and director of INDEXLAB (www.indexlab.it). He holds a PhD in Building Engineering, he has been a Guest Critic at SCIarc Los Angeles and his work has been published internationally, including Advances in Architectural Geometry 2012, EnCoding Architecture 2013, Engineering Systems Design and Analysis 2014, IAHS 2015. He previously worked as a designer for PelliClarkePelli Architects in NYC and as a computational designer and robotic fabrication consultant for COOPHIMMELB(L)AU in Vienna.
#3D printing #Art #Artisans & New Craft #Fabrication #Home Automation #Internet of Things #New Manufacturing #Robotics
A6 (pav. 6) - Politecnico di Milano
2017
Back Data updated on 2022-11-08 - 10.59.34 am