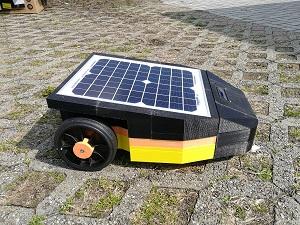 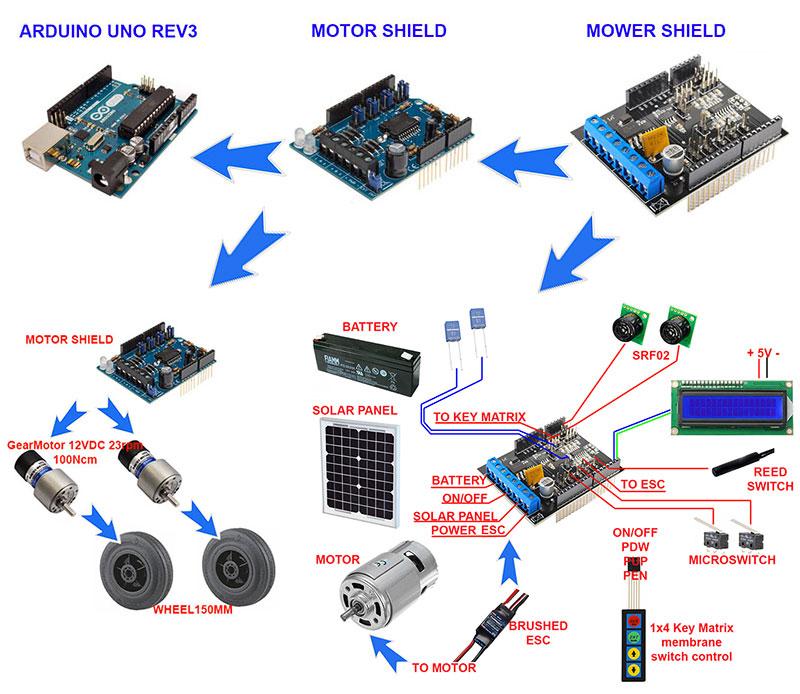 Lawnmower Robot powered with rechargeble battery with 10 watt solar panel. The battery is recharged via the solar panel or via the charging base. The chassis is made of ABS printed with a 3D printer, for the movement it uses two gear motors, to which are mounted two 150 mm diameter wheels and two pivoting wheels on the front are mounted. A nylon blade with 255 mm of diameter is attached to the shaft of a powerful engine (secured to the center of the robot) that allows grass cutting. The blade is equipped with protection and a sensor system that locks it immediately to prevent anyone from coming into contact during operation. Various ultrasonic, infrared and shock sensors allow to detect obstacles, while a particular sensor allows the robot to know where to cut without leaving the perimeter set. The robot can also be controlled with a model remote control or a playstation controller.
Italy
WEB TWITTER 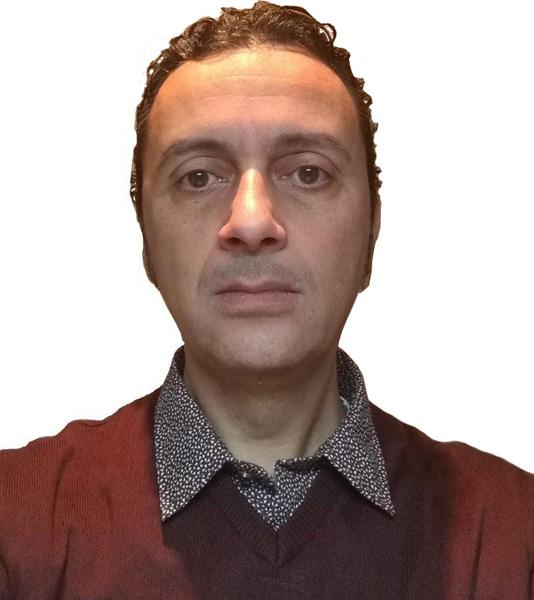 I was born on October 20, 1968 in Busto Arsizio in the province of Varese, I have had a small passion for robotics, astronomy and archeology. As a teenager I started to feel more and more enthusiastic about electronics and alternative energy sources. I like to be able to accomplish something that can solve or simplify a problem or a need. I believe that mechanics, together with electronics and computer science, make it possible to achieve a great deal in many areas.
#3D printing #Robotics
E17 (pav. 6) - Vittorio Loschiavo
2018
Back Data updated on 2022-10-05 - 11.23.16 pm