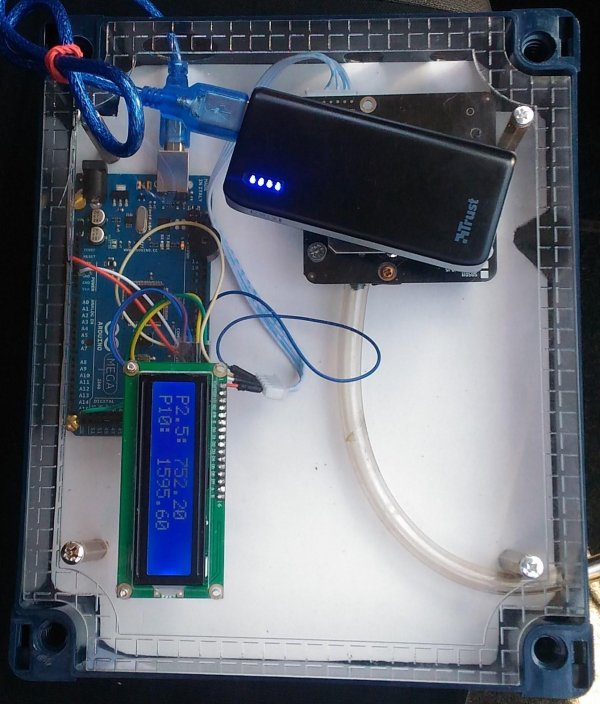 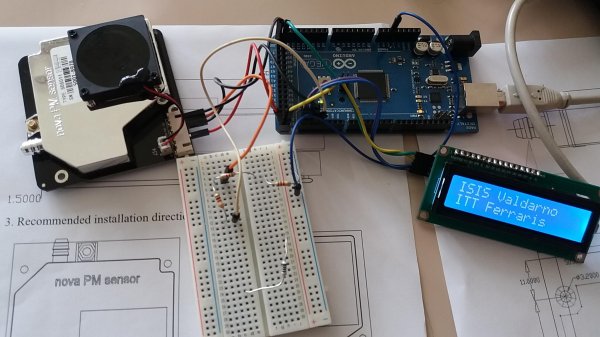 Given the local community’s ever-growing interest in environmental issues, especially regarding the quality of the air we breathe, we decided to make an air pollution monitoring device capable of measuring, in real time, the concentration levels of fine particles, PM10 and PM2.5. In fact, PM10 is the main parameter used by European and Italian agencies for regulating traffic.
The device we have created is portable and easy to use in any situation, since it has an LCD display and is powered by a common power bank used for smartphones. It also sounds an alarm when the legal limit of 50µg/m3 has been reached. In addition, if used together with other control devices, it can communicate with them and send the alarm to an operations center.
In trials, the data supplied by the device was the same as that officially published by the government agency ARPAT and used by the city of S.Giovanni Valdarno. Furthermore, the device supplied data compatible with that found by our local business partner in the project, AMBIENTA SRL of Montevarchi(AR), which used the certified analytic method UNI EN 12341:2001.

The interdisciplinary project involved students from the chemistry and electronics course of the G. Ferraris Technical and Technological Institute of San Giovanni Valdarno in Italy. The aim of the project was to unite innovative research dealing with the environmental monitoring of our territory with the necessity to verify, in real time, the concentration of fine particles in the air (PM 10 and PM 2.5). The project was carried out in the following steps: study of the problem, problem solving, interdisciplinary designing, cooperative learning, building of the prototype, calibration of the instrument, field testing (team work) for data acquisition, comparison with legal limits, evaluation of the impact on public health.

The instrument has also been used to measure pollution consisting of fine particle concentrations of secondhand smoke in a closed environment (a closed car). In these conditions the instrument measured values that reached the max value of 2000µg/m3 in a few seconds. The experience had a very strong emotional impact on the students. Therefore, we are planning to use this device for a secondhand smoke awareness campaign; especially since alarming data shows that 1 out of 2 Italians is not aware of the dangers of secondhand smoke.

Furthermore, our city is interested in the installation of fine particle detecting devices as part of a public lighting upgrade. Old street lamps will be replaced with high efficiency models linked to the internet. Our device can, therefore, be placed on these new lamps from which it will able to transmit data to the central operation center. 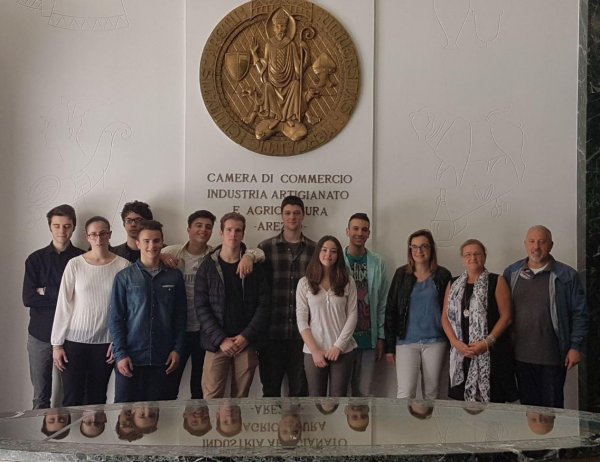