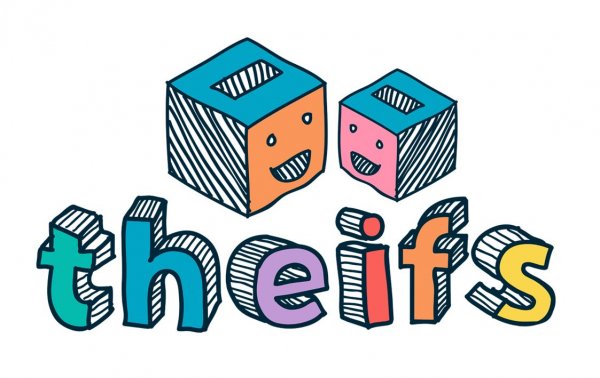 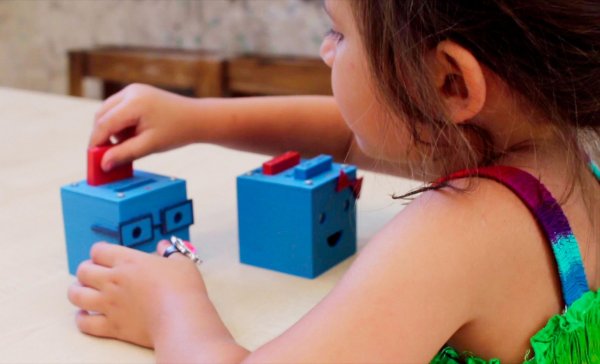 The Ifs is the first educational toy to teach children from 3 years how to program. It is a family of 4 robots (Emma, Liam, Holly and Noah) with sensors, which are programmable through simple pieces (if - then), using a new method of interaction, without screens, called tangible programming.

Children can use all their creativity while developing logical thinking, attributes necessary for the new industrial revolution. We want children to no longer be mere users of technology and become the inventors of the next world.

To establish the norms and make the interplay possible, The Ifs have a hole in the top of their heads so as to put the thematic game pieces in. One of them indicates the condition (IF), and the another indicates the consequence (THEN). This manner, the child orders how he wants the robots to interact each other. Thanks to the members family' sensors and actuators, they are able to vibrate, emit sounds, project images... And much more!

The game brings thematic cards packs about colors, animals, musical instruments... So children create the playing rules according to them and their imagination. They have fun learning to code.

Creating a robotic family for children has three clear advantages. First, the game involves them in technology from a very early age by offering the possibility of choosing which rules they want to establish playing, as in programming. Second, it enhances socialization, the expression of emotions and ideas and third, it allows the participation of parents in the game.

We expect every child to have their own Ifs family. We also have a special interest in female scientific development. Girls can play with robots too and The Ifs make it possible. We would like to contribute, laying the basic knowledge to educate the women scientific of the future.

We are passionate about robotics and we want children to discover technology in a funny way. Times change very quick and we need to adapt our skills to any future scenery. That's why so important computational thinking and creativity are. Our aim is to prepare the tomorrow's scientists and engineers.

We are a Spanish team of inventors and we develop technology focused on education.
Spain
WEB FACEBOOK TWITTER 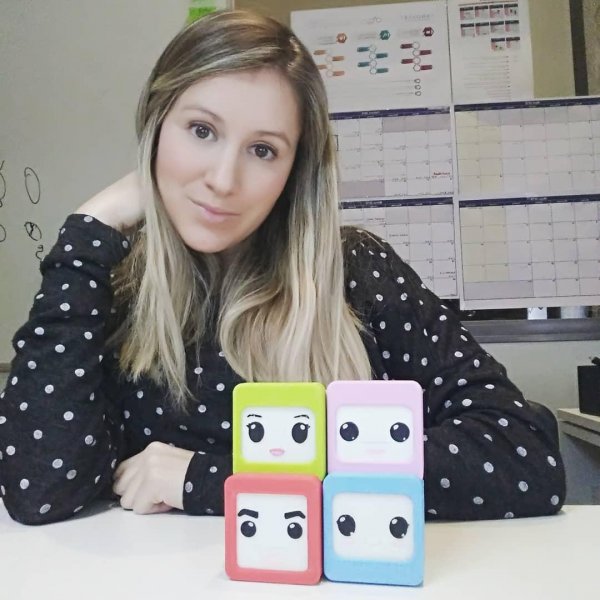 Esther Borao Moros is a Spanish Industrial Engineer specialized in Automatics and Robotics. She studied at the University of Zaragoza and completed his studies at Warsaw University of Technology and the University of Seville.
During a year, she was working at a TV show, 'El Hormiguero' where she built a robot and it was showed in the program: https://www.youtube.com/watch?v=nljorXNQQTA&t=
Esther created Innovart in 2017, an enterprise focused on technology from different points of view: education, artistic projects and personalized electronic.
Currently, she is also co-founder of the project ''The Ifs'', a toy that has received several awards such as Ideas Camp 2017 or Yuzz Zaragoza 2017.
On the other hand, she has been organizing Arduino Day Zaragoza for 4 years, two years organizing Women Tech Makers, a Google initiative that promotes women and technology, and she teaches technology to children and to see it as something easy and accessible.
#3D printing #Education #Kids & Education #Open Source #Robotics
D27 (pav. 9) - Makeroni Labs
2018
Back
Data updated on 2020-12-13 - 11.41.04 pm