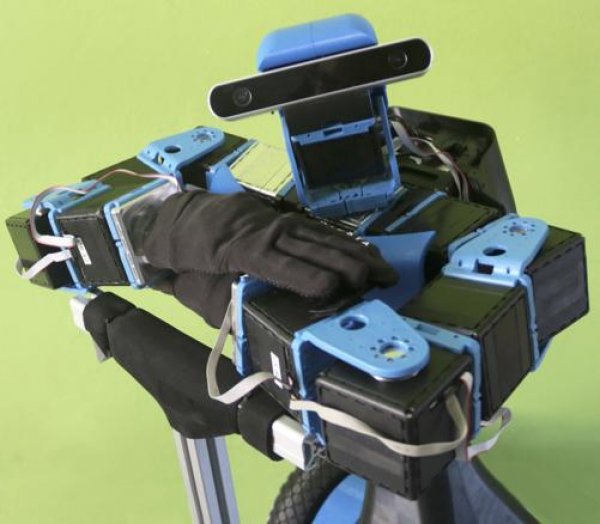 Meet Ego, the new collaborative humanoid robot equipped with innovative anthropomorphic hands, modular soft actuators, a wheeled base, a vision systems, and a tele-operation interface.
EGO has the form-factor of a humanoid. EGO's upper-body is human-like, both in shape and in function: Its actuators are inspired to the functioning principles of human muscles. This makes its movements natural and let EGO interact both with lightness and strength.
On the extremity of EGO's arms there are two very advanced soft robotic hand that can interact with the surrounding environment, objects and humans in the same way our hands do.
EGO's two-wheels mobile platform has a very small foot print that let EGO navigate easily amidst obstacles and among people.
Moreover, the soft robotic technology of EGO hands and actuators prevents the robot from hurting people, spoiling goods, and also minimizes damages to the robot itself in case of mishaps.
EGO's soft nature make it very adaptable to many tasks and easy to control. Its embedded vision systems, together with a minimal yet immersive tele-operation interface give unparalleled level of simplicity and flexibility.
All these characteristics make EGO the perfect pervasive collaborative robot to move beyond industry and lead the new wave of robots that will enter our houses, hospitals, stores, schools, farms, bringing to a new world of collaborative service 4.0.
Ego is going find application in personal and domestic aid, assistance in health-care, professional support and co-working, education & entertainment.
Italy 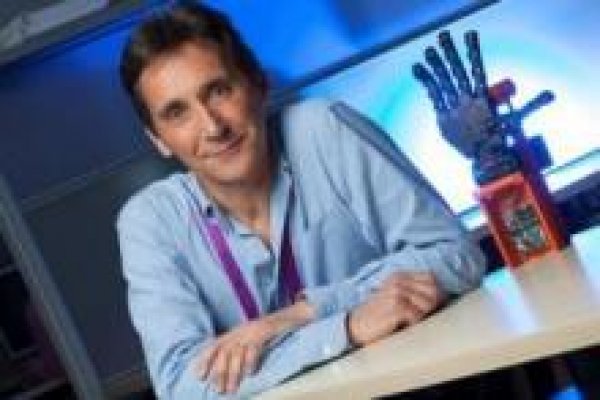 His main research interests are in Robotics, Haptics, and Control Systems in general. He has published more than 400 papers on international journals, books, and refereed conferences. He is Editor-in-Chief of the IEEE Robotics and Automation Letters, which he founded in 2015. He has organized and chaired the first WorldHaptics Conference (2005). He is Editor of the book series ``Springer Briefs on Control, Automation and Robotics,'' and has served in the Int.l J. Robotics Research, the IEEE Trans. on Robotics and Automation, IEEE Trans. Automation Science and Engineering, and IEEE RAS Magazine. He was Program Chair of the IEEE Int.. Conf. Robotics and Automation (ICRA'15), and General Chair of the Int. Symposium on Robotics Research (ISRR' 2015) and Hybrid Systems: Computation and Control (HSCC 2007). He was Editor in Chief of the Conference Editorial Board for the IEEE Robotics and Automation Society (RAS), Vice President for Publications (2013-2014), for Membership (2006-2007), and as Distinguished Lecturer (2004-2006) of IEEE RAS. He served as the President of the Italian Association or Researchers in Automatic Control (2012-2013). He is the recipient of several awards and honors. In 2012, he was awarded with an Advanced Grant from the European Research Council for his research on human and robot hands. Antonio Bicchi is a Fellow of IEEE since 2005.
#3D printing #Open Source #Robotics
H32 (pav. 5) - Centro E. Piaggio, Università di Pisa - Istituto Italiano di Teconologia
2018
Back
Data updated on 2020-12-13 - 11.41.04 pm