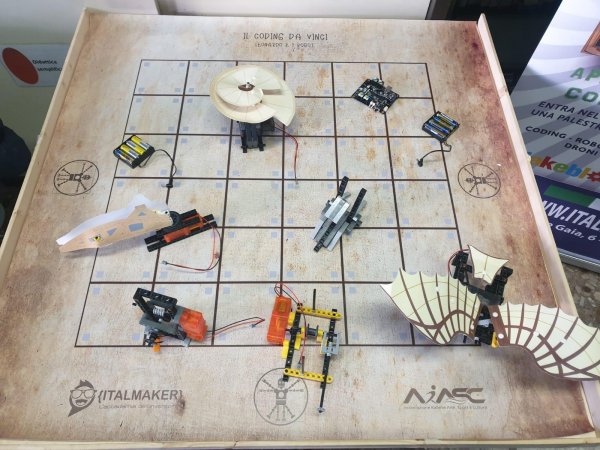 Discover Leonardo's most futuristic projects, build the prototype through bricks similar to lego and simulate Leonardo's inventions through coding.
A project presented on the occasion of the 500th anniversary of Leonardo da Vinci the first maker of history.
We have created a kit consisting of constructions, an electronic board, some motors and cardboard components that are applied to the buildings through connectors.
The kit also contains a short manual that teaches how to understand the machines and physics of Leonardo's inventions by applying the principles of operation on a prototype built with similar lego technic bricks.
The goal is to create a simulation, ie the model will have to move, for this purpose motors and gears will be applied, controlled by a programmable microcontroller.
So the technology in this context will be used to animate, simulate Leonardo's invention.
Children will have to build programming through coding and start simulations. The schedule will be sent to the robot via an app on the tablet.
The educational curricula proposed in the kit are:
Flying car
Swivel bridge
The cannon
The paddle boat
Aerial screw
The tank
Hammer
Pulley

The kit was designed to be used in the family and primary school.
Project in collaboration with the Rome museum Leonardo da Vinci Experience and the NOBILE institute in Rome
Italy 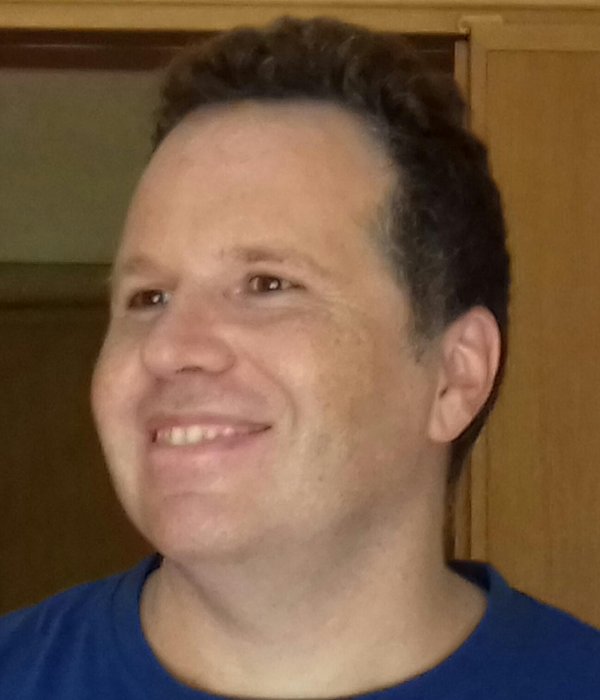 Emiliano Gatti, IT engineer with over 30 years of experience in the IT (information technology) sector. He began his career as a Project Manager, for Enterprise software solutions, to cover the role of expert in Cross-Platform Mobile Solution for the largest Italian companies.
In 2013 he decides to devote himself to the educational sector holding the position of professor of computer science and robotics in various primary and secondary schools, including ultra-specialist structures in Rome, such as the Middle School of the Air Force NOBILE and the Scientific High School of Applied Sciences with biomedical address, Pio IX and Aviation College Nobile. His first objective is still to spread digital skills to the youngest through the project of the Italmaker association, of which he is today President, as well as creator. Motivated by the awareness of the gap in technological knowledge, developed during the various projects in which he was involved, he decided to promote skills in children to create a new digital generation.
Now recognized by the Ministry of the Economy as a patented Inventor with inventions already deposited, it has been participating in the Maker Faire Rome for years, bringing innovations and solutions for innovative teaching. Now promoter of educational courses recognized by international companies.

Gianluca Meola: Journalist and sports commentator, author, presenter, pr and international press office in the sectors of Sport, Corporate, entertainment and major events. Among his clients he counts the pop star Madonna, he collaborates with the most famous world promotions in combat sports, including Bellator MMA and Glory World Series, and with the legendary American Harlem Globetrotters team. Consultant in communication for many national sports federations, takes care of the image of companies and personalities of sport, music and entertainment. He boasts numerous collaborations with Italian and foreign magazines, including Premiere and Entertainment Weekly, he is also director of the online sports magazine Playsport. Among the authors of the book "From Antognoni to Zico", a tribute to the greatest players in the history of football, collected in a volume written by several prestigious names in sports journalism, and the most recent "Campioni Oltre il Traguardo", an inspiring journey through the virtues and qualities of the human being that traces the exploits of champions of sport and everyday life. In 2018 Gianluca Meola received the prestigious International Grand Prix of Venice at the Chamber of Deputies and was included among the 10 Italian excellences in the sector.