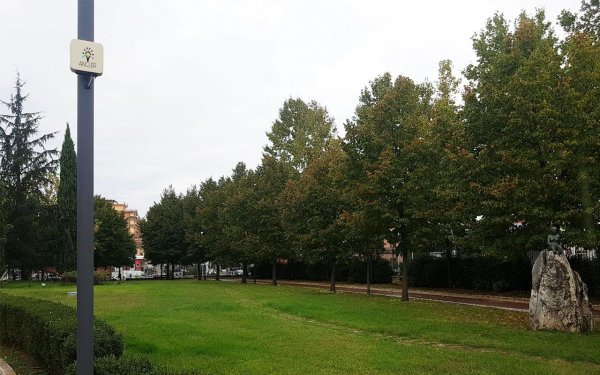 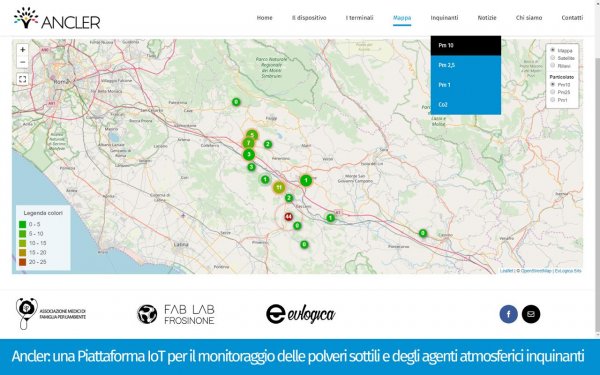 ANCLER® is a system for measuring air quality that comes from an ethical project to protect the environment and health. With an adaptive and low-cost architecture, it exploits the physical phenomenon of dispersion which allows, in contrast to gravimetric measurements, the real-time detection of fine particles of different granulometry (PM1, PM2.5, PM10). The system is composed of geo-localized devices that, connected to the network, send the data collected to a cloud-server application accessible at the link https://ancler.com for collection and display.
Italy
WEB FACEBOOK TWITTER 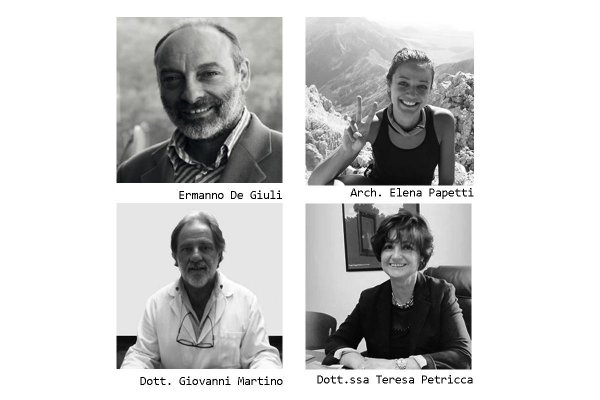 Ermanno De Giuli
IT professional, he mainly deals with virtualization of architectures and server-side software for web-oriented professional applications. A keen electronics lover since he was a teenager, he has developed some Arduino platform hacks for the application of wi-fi networks. Among the thousands of ideas, in addition to the design and implementation of the Ancler system, he is collaborating with the Astronomical Observatory of Campo Catino (Fr) for the realization of AstroLux a device for the detection of light pollution.

Arch. Elena Papetti
Born in 1984, she graduated at "Facoltà di Architettura La Sapienza - Università di Roma". As an Architect she works on design from Industrial one to Urban Planning. In 2015 she met the Fab Lab world conferring the Fab Academy diploma and acquiring multidisciplinary skills that allowed her to develop new and severals production processes from design to implementation. From 2017 she is Manager of FabLab Frosinone APS and collaborates with a National and International Maker Network on the development of projects like Digital Fashion and the FabKids section. She is expert in Digital Manufacturing and Rapid Prototyping, and she deals with training about CAD 2D & 3D Modeling related to cnc machines. Sports & Nature lover and careful about "Health and Environment" theme, she supports and collaborates with the ethical Ancler project.

Associazione Medici di Famiglia per l’Ambiente di Frosinone e Provincia
In 2015, some doctors from Frosinone, a reference for over 10,000 patients, were confronted because they were alarmed by the exponential increase, observed in recent years of medical activity, of new diagnoses of respiratory diseases and increases of the same where they already existed. The serious air pollution was considered a possible cause and doctors, in the light of intuitions and therapeutic difficulties encountered, wondered what their role could be beyond mere diagnosis and therapy. The answer was the spontaneous constitution of the association with the aim of promoting a surveillance of respiratory pathology, giving life to epidemiological initiatives in the area, exercising careful and continuous monitoring, working on observational studies, making public what emerged, proposing hypotheses of solutions.

Dott. Giovambattista Martino
General Practitioner and freelance dentist, he has been dealing with environmental pollution for several years and is the founder and coordinator of the Associazione Medici di Famiglia per l’Ambiente di Frosinone e Provincia. Promoter and speaker at numerous conferences organized in the province of Frosinone, author of numerous published articles on environmental issues. He was the promoter and the manager of the environmental project “Ripi: Comune capofila nella ridefinizione e rivalutazione della qualità dell'aria”.

Dott.ssa Teresa Petricca
Specialist in Pneumology, Medical Director at the Osp of Medicine of the Osp. Spaziani of Frosinone, has been dealing with environmental pollution for several years and is the founder and Scientific Manager of the Associazione Medici di Famiglia per l’Ambiente di Frosinone e Provincia. Speaker at numerous conferences with regional and national recognition, author of numerous articles on environmental issues.
#Education #Energy & Sustainability #Internet of Things #New Manufacturing #Wellness & Healthcare
D45 (pav. 7) - FabLab Frosinone
2019
Back
Data updated on 2020-12-13 - 11.41.04 pm