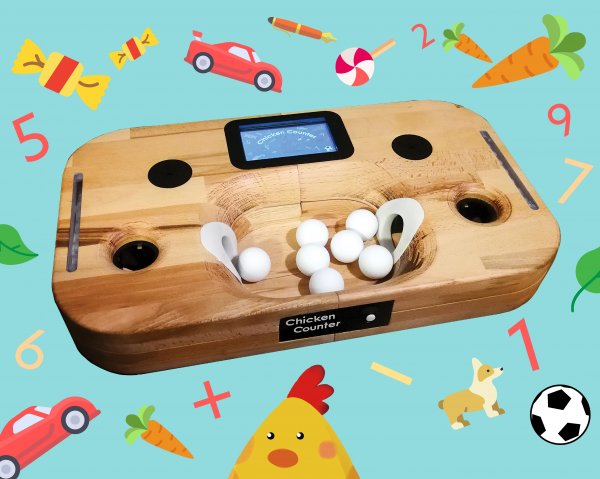 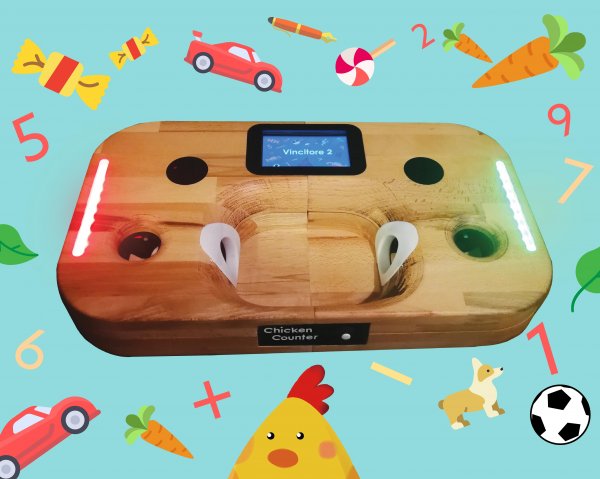 The Chicken Counter game, created to explore together with children the world of numbers and the beauty of mathematics, stimulating emotions and interest, through a challenge between two opponents who will compete in increasingly difficult and complex levels.

Using technologies typical of self-production and use of Arduino for educational interactions for the creation of an interactive game for learning a child in the 3 to 6 age group, a target that prefers to play together, used to using digital devices and capable of counting at least up to five (for <4 years) or at least up to ten (for> 10 years).
Thinking therefore of a game capable of including mechanical movements and an educational interaction that develops the capacity for observation, creativity and laboratory work.

Chicken Counter is developed in different game levels:
the first level, insists on counting the different objects, helping the children to count;
the level of numerical recognition consists in the appearance of numbers, teaching how to recognize them;
Finally, the most complicated level, consisting of mathematical calculations, getting them used to solving small calculations.
The game takes place with the insertion of balls, each ball will add a point on the sum of the answer, until the expiry of the default time (to avoid it becoming a game on the speed challenge), Chicken Counter will then go to check the result of the two children, scoring a minipartita score, until reaching the ninth point, even giving the chance to be born two winners simultaneously.
An exciting game, always accompanied by lights, sounds and images.

Traditional teaching takes away the pleasure of knowing and playing with numbers, we make children entertain a concept of fun and self-motivating mathematics.
Italy 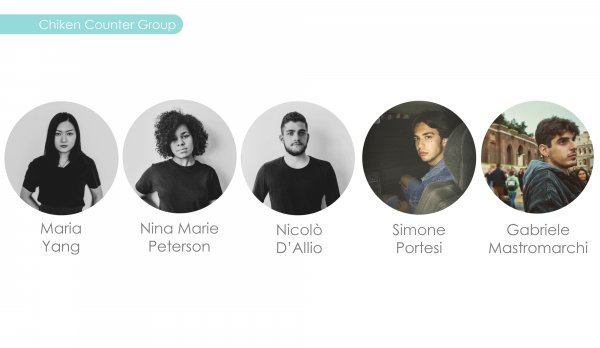