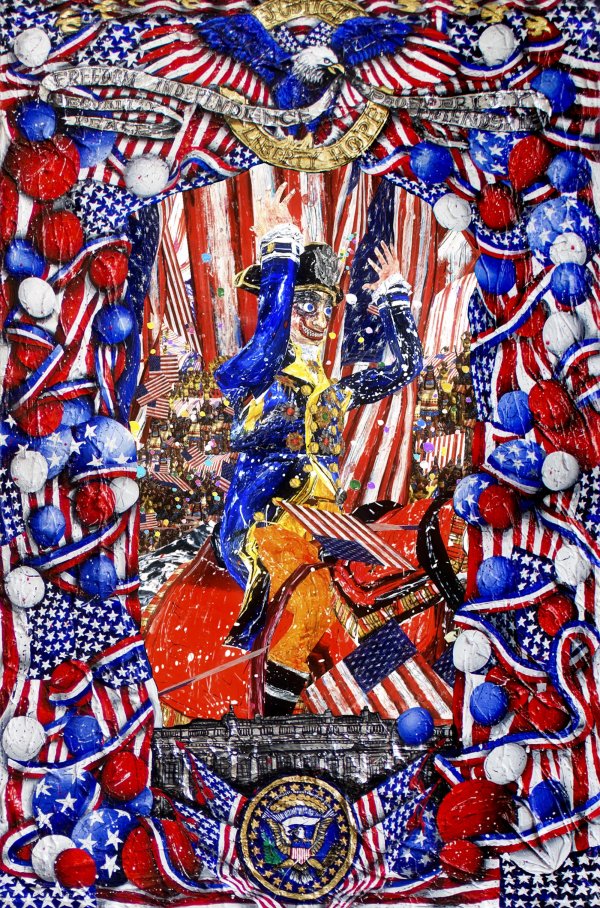 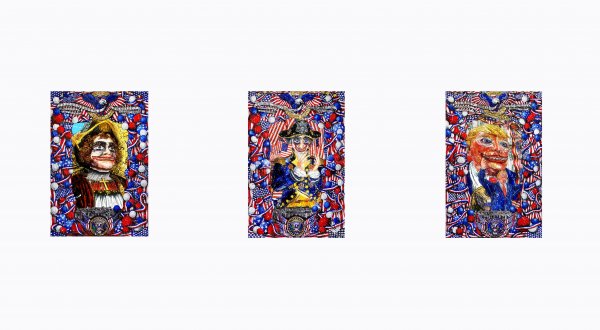 In his new video portrait series entitled, Solmi parodies the iconography of historical portraiture, creating his own absurd portraits of our most feared and beloved historic leaders. These mythical leaders are presented as members of The Brotherhood, an organization that has the goals to keep chaos in the world and promote the degeneration of the human race. Solmi portrays history as propagandaâ€” fabricated, manipulated, and carefully crafted by leaders and governments in order to suit their needs. Solmi addresses how our knowledge of the past is always skewed, incomplete, and irresolute. Solmi challenges us to question our beliefs towards history and claims that through our own patriotic or religious partisanship, we may be perpetuating these myths ourselves.
United States 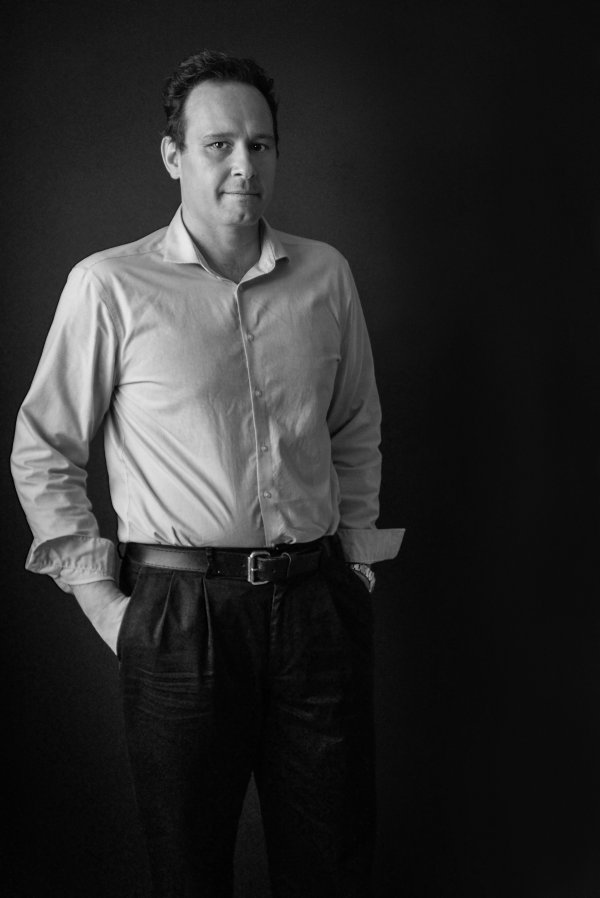 Federico Solmi (Italy, 1973) is a multi-disciplinary artist based in New York. Solmiâ€™s work investigates the contradictions and inaccuracies of historical narratives that have led society to a chaotic era of misinformation in which the reality of media, celebrity, popular culture and consumerism in Western civilization establish an extreme and absurd world characterized by corruption, and hypocrisy.

Solmi exploits emerging technologies to reveal the hypocrisies in contemporary society, making art with political and social commentary as a means to disrupt the power structure of our technological age. Scanning his paintings into a game engine, Solmi confronts the audience with his own absurd rewriting of past and present-day events. Solmi stages a virtual world where our leaders become puppets, animated by computer scripts rather than strings.

For Solmi, art is a vehicle of engagement: any moment of history, any facet of contemporary life, can be exemplified, criticized, rewritten or revealed. Irony and satire are his chosen modes of articulation and have defined his grotesque, often darkly funny and nightmarish video installations which cast historyâ€™s most disturbed and theatrical characters in historical nightmares and vivid hallucinogenic productions of chaotic imagination. Writers such as Eduardo Galeano, Howard Zinn, and Oriana Fallaci have shaped Solmiâ€™s outlook on the ridiculous aspects of power and politics. Solmiâ€™s work has been deeply influenced by artists whose work reacts to the plagues of society, including: Christian Boltanski, Leon Golub, William Kentridge, Anslem Kiefer, George Grosz and Francisco Goya. Solmi continues the tradition of these artists and furthers the common message on a contemporary platform.In recent years, large scale projects have dominated Solmiâ€™s oeuvre, such as 2017â€™s â€œThe Great Farceâ€ in which history and contemporary social politics collide.

Using game engines, VR and artificial intelligence to create moving, painted worlds, the figures of Christopher Columbus, George Washington, and of course, Donald Trump become the deluded puppets in Solmiâ€™s video freakshow, showing us a version of the world expressed at the speed of the contemporary era.

In 2009, Solmi was awarded by the Guggenheim Foundation of New York with the John Simon Guggenheim Memorial Fellowship in the category of Video & Audio. His work has been included in several international Biennials, including: Open Spaces: A Kansa City Arts Experience (2018), the Beijing Media Art Biennale (2016), Frankfurt B3 Biennial of the Moving image (2017-2015), the First Shenzhen Animation Biennial in China (2013), the 54th Venice Biennial (2011), and the SITE Santa Fe Biennial in New Mexico (2010).