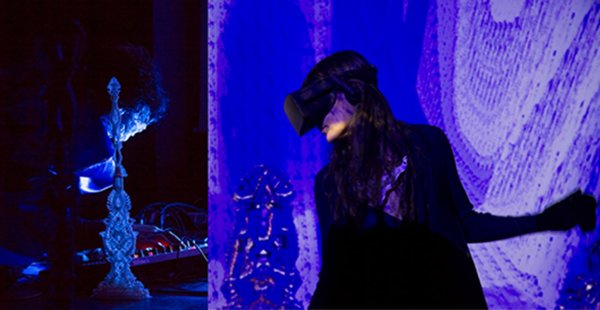 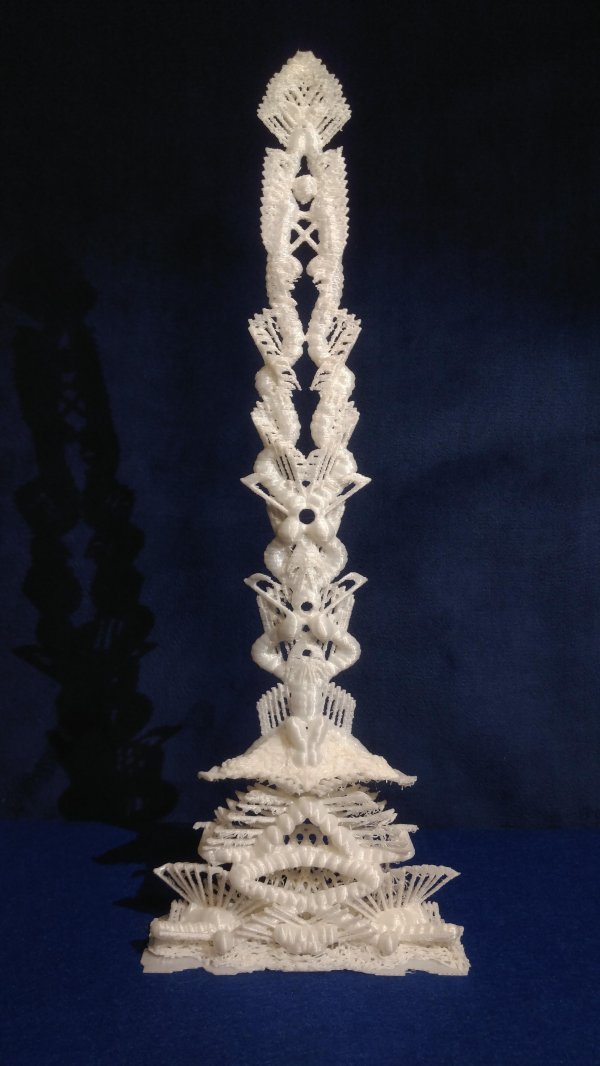 The installation contains a compendium of the homonymous itinerant project enclosed in the small space of
a camping tent: sculptures modeled in vr and 3D printed with subsequent instrument interventions
manual, virtual reality work, live experimental electronic music, painted prints and more, everything
in the tent, to transform it into the place of an original and futuristic ritual of passage from here to beyond.
The total work environment, which also includes the artist and the curator of the project involved in
dressed as "guide shamans", in this experience that first of all places them before the rediscovery of them
themselves and the way they perceive and understand the world, emerges as a dimensional portal through
which see a concrete elsewhere. To move in this other world the user must learn ad
example a new way of moving in space, walking, but here you find nothing in the world like
we know it, none of the things that are here is a copy of something that is in the so-called reality,
therefore exploring this work means exactly exploring its unknown. Further feature of this
road version also the relational aspect of the work that in this case goes to settle in the dimension
linked to the sugestivo and mysterious world of the rides, of the circus and in general of the various performing arts of
street: here the artist is not only the creator of the work but if he is part of it himself, testing himself in one
improvisation performance of experimental electronic music (setting up in a corner of the tent
a small set of synthesizers) that becomes the sound environment of the customer's experience. Meanwhile, the
curator, who in turn is taken in a performative way, becomes something halfway between a priestess and
technical assistant, guiding every single person to enter the dimension they are about to enter.
Some specifics on the project
Spatial scores. Other music for Other Worlds and a modular project at every level: not just every
the piece that composes it is the expression of a process of remodulation in space and time of
same musical sign "escaped" from the pentagram (the chroma that is the main actor of all the works with
their different languages â€‹â€‹that became a polyphonic choir) but in turn the various works go
constantly reshaping each other in the arrangement that builds the total environment from time to time
iridescent. In addition to various exhibition spaces including the MACRO Museum in Rome, where ad have been
Exposed even to the production machines, from the outset this solution is provided by the use of
one or more camping tents intended as mobile architectures through which to develop the concept and the
possible practices of what I like to call "exhibition camp". All this to continue a
now a long journey that began years ago with the Segnali Viandanti project (which exhibited video installations
in camping tents) and that over the years has returned in several stages, evolving continuously and
always accepting further languages â€‹â€‹among the most advanced forms of expression available to humanity.
Italy
FACEBOOK 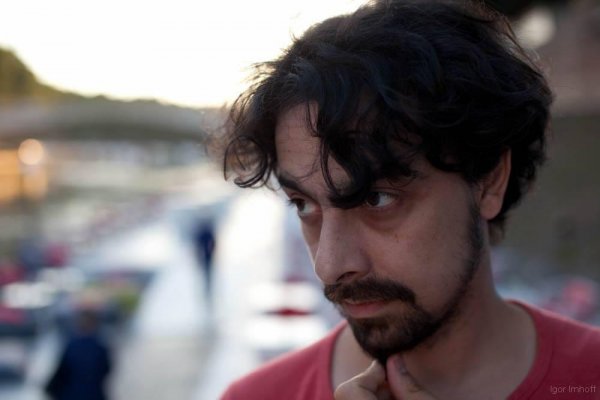 Already multi-instrumentalist musician (acoustic instruments, electro-acoustic, electronic, self-built, digital), graduated in Philosophy (Aesthetics address), during his university studies, after having had the first beginnings in painting and installations, identifies the experimental visual arts and dell'intermedialitÃ  research as beloved language and after short elapsed in the Roman underground, held his first official staff in 2005, to MLAC - Laboratory Museum of Contemporary Art of Rome, by the director Simonetta Lux.

Also active as a sound and multimedia performer has founded various projects related to sound experimentation and free improvisation (solo and with groups such E.T.E.R.E. Project) and is the author of music and sounds for himself and other artists. also engaged as curator, critic and independent event planner: he founded the curatorial team Le Momo Electronique and from 2011 he is the artistic director of C.A.R.M.A. (Center of Arts and Multimedia Applied Research).

Since 2015 is the holder of the course of Multimedia Installations at the â€œAlbertinaâ€ Academy of Fine Arts in Turin, in 2016, Computer Art at the Academy of Fine Arts â€œAlma Artisâ€ of Pisa, and from 2012 to 2016 has been an adjunct professor at the DAMS of â€œRoma Treâ€ University where he held the laboratory of Digital Arts.

Also important are its commitments in environmental and multimedia installations and interactive sceneries: from 2011 collaborates opera Carlo Quartucci and Carla Tato, has realized the video-sets for musicals such as SHAMANS OF DIGITAL ERA (also conceived ) and the 70th GALA CONCERT of the Kazakh national Conservatory.