BICUBE is a project that includes two 3D printers in one machine.
It was born as FDM printer that can be implemented to SLA, with self-production of the necessary parts, that have to be assembled with a 405nm wavelength's laser and some common mechanical parts, easily available in ironmongery.
The steel frame and the two doors equipped with microswitches, which stop the printing in case of opening, make it fully closed, to avoid thermal shocks which could compromise a working cycle and to ensure security in the printing phase.
The main advantages of BICUBE are the use of an unique electronic circuit to drive two printers, thus reducing the number of parts and therefore the cost, and the possibility to self-produce the SLA area by printing some of the components with the FDM area.
Once completed, BICUBE can be used in the printing mode that best meets the mechanical requirements or the feasibility of the model to be realized.
Italy
FACEBOOK 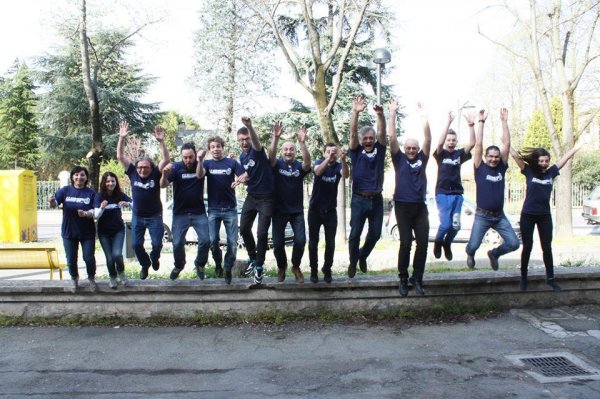 Luca Battocchio was born in Bassano del Grappa in 1988, where he still lives. As a child shows a propensity for mechanics, that will take him in the years to achieve the title of mechanical engineer. Since 2007 he deals with the design in industrial automation: before operating in the motor engine, especially in go-karts, and now in the food processing. The interest in 3D printing has grown a lot in recent years and the passion has led him to create various printers with FDM's and SLA's technologies.