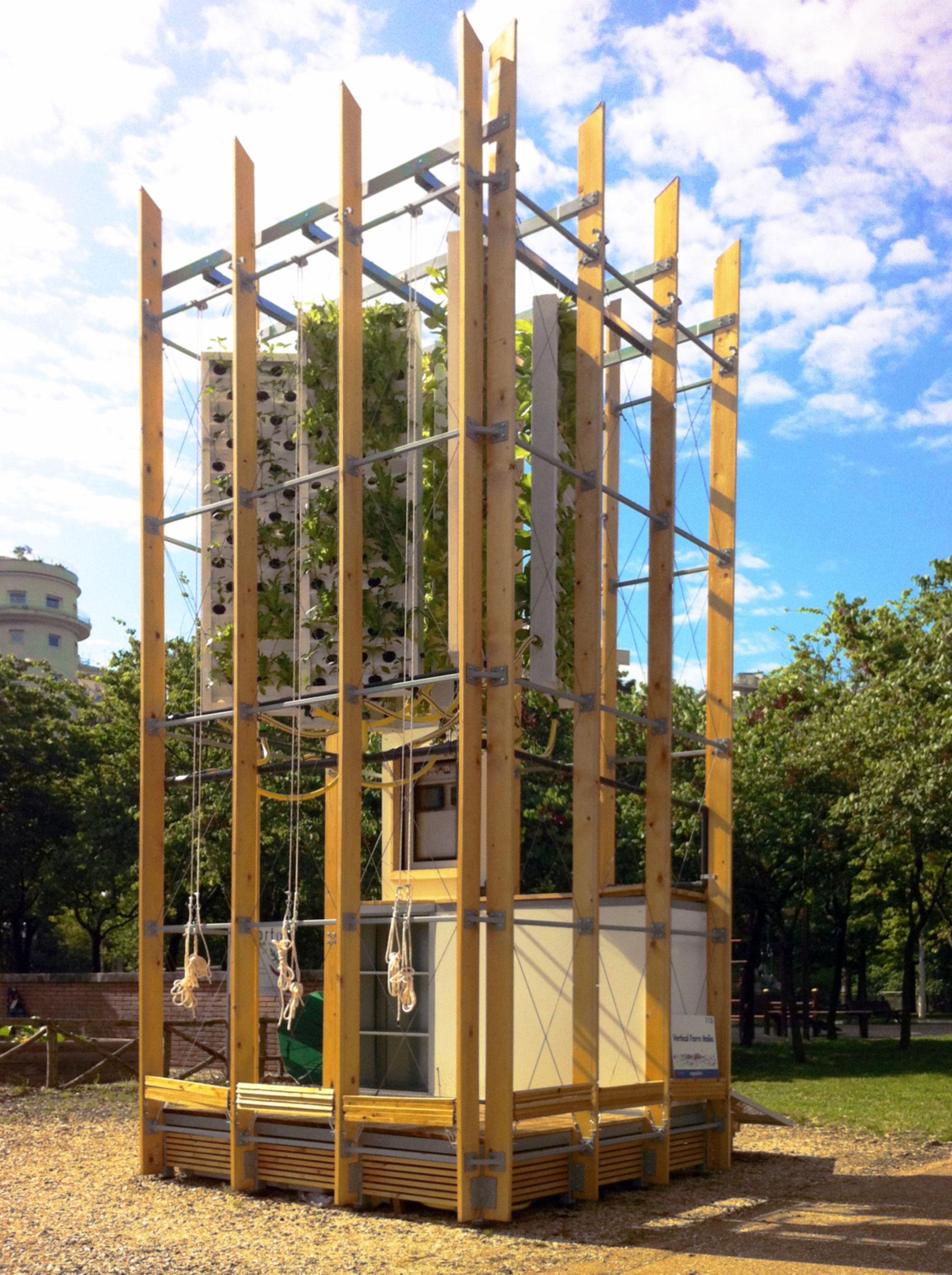 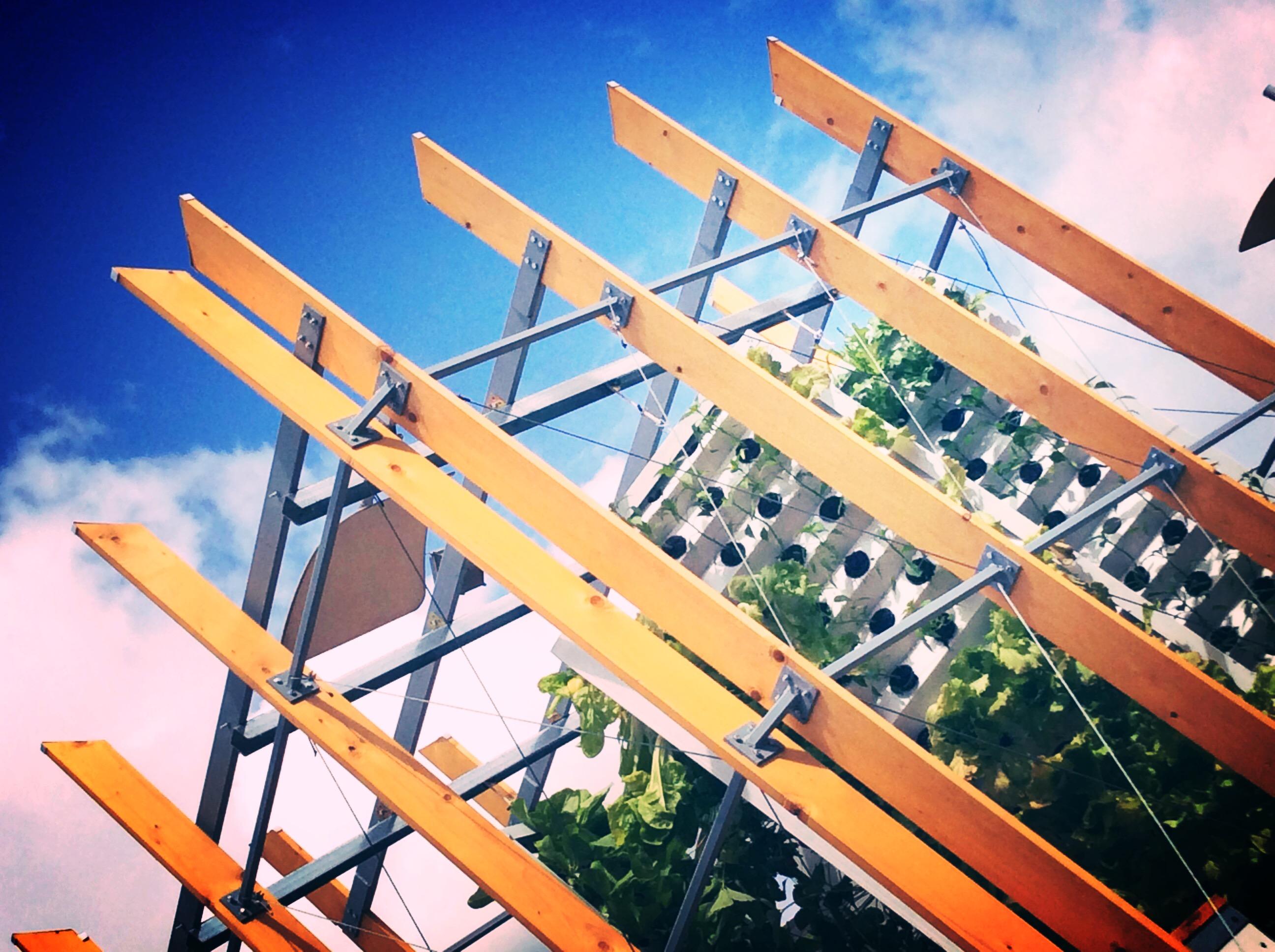 An easy to build and manage, low-cost, self-sufficient, adaptable, aquaponic Vertical Farm . In just 3 sqm, you can grow 600 plants (vegetable and fruit) and up to 10 kg fish thanks to the aquaponic technique that mix recirculating aquaculture with hydroponic. This Vertical Farm is designed to be energetically self-sufficient, thanks to a photovoltaic system with storage battery system, and to minimize resources consumption. Indeed, water, fish feeding and compost required can be recovered thanks to integration among a system for rainwater collection and a vermicompost. The Vertical Farm is a small ecosystem that can be monitored, remote-controlled and fully automatized, reducing work hours.
Italy 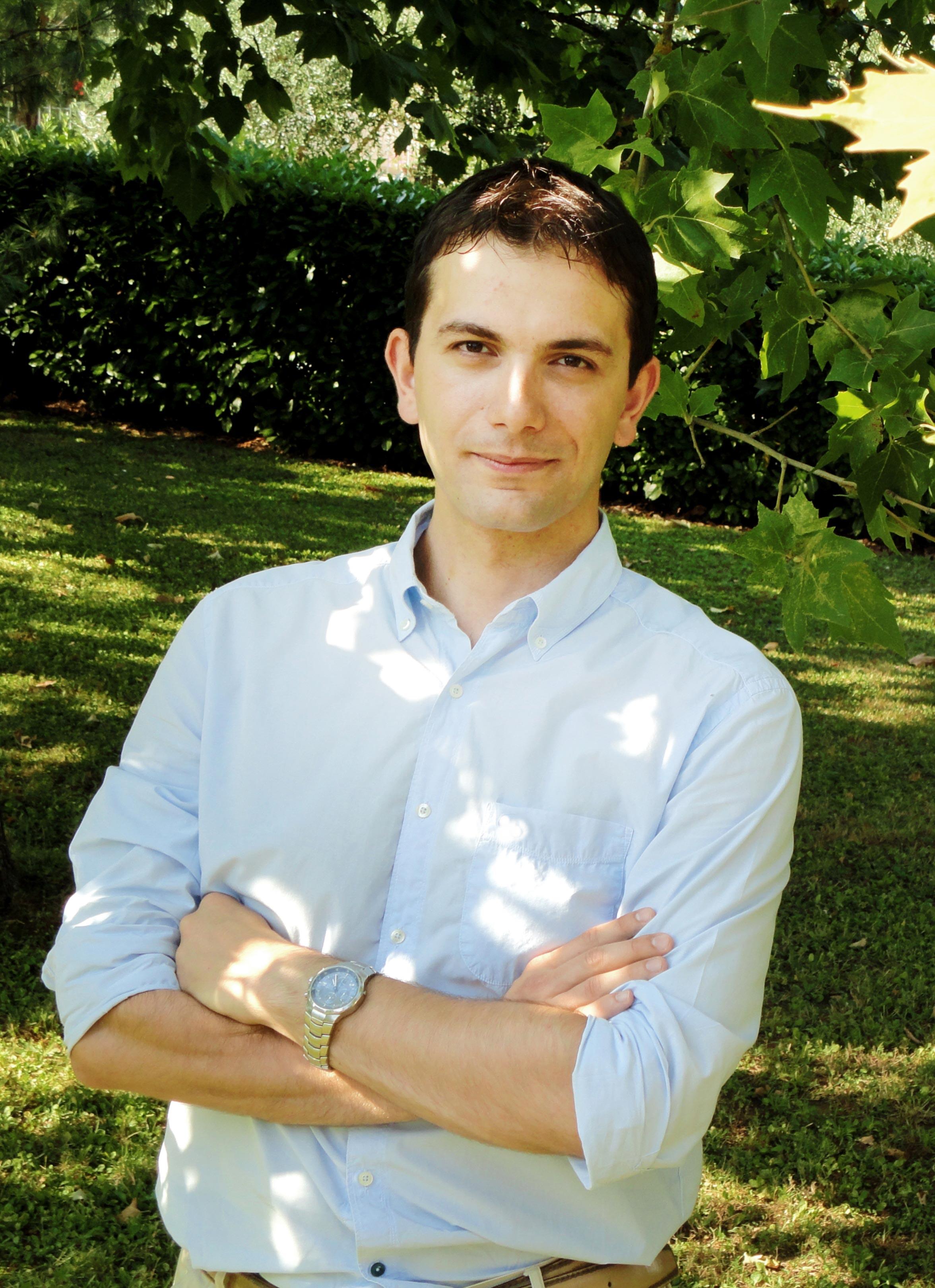 Matteo Benvenuti. Master degree in Civil Engineer adress Architecture at University of Perugia in 2011 with a final project about a sustainable marterplan for Tarfaya in Morocco based on the saharian oasis model. Since 2007 he is set designer for the Compagnia Teatro Giovani Torrita productions like Jesus Christ Superstar (2007), Joseph and the Amazing Technicolor Dreamcoat (2008), The Rocky Horror Experience (2012) and The Wedding Singer (2013-2016). In the same time he started his partnership with the "Maryfil Architecture" studio and Paolo Verducci Architect and he worked on many national and international project like Benjing Solar Tower (2008), Archimede Solar Energy Headquarter (2011), Italia Pavillion for Expo 2015 (2014) , etc... For these projects he worked togheter with many international practices like ARUP and ARTELIA. In March 2012 he was Enabled to the Profession of Engineer for the Italian Republic. In the same time he became technical supervisor for Tuscany and Umbria regions for Gruppo PamPanorama and he works on many project about sustainability, innovation and buildings efficiency. In the 2012 he won a scholarship for â€œQuality in architectural designâ€, which was offered as a prize by the Umbria Region. Thanks to this he started a personal research about urban agriculture and vertical farms and in the 2015 he designed and built the first italian aquaponic vertical farm. Since 2013 he is inviting professor of the specialization course of UniversitÃ  di Perugia about build smart cities. In may 2016 he designed and build a new Aquaponic Vertical Farm and he won the prize â€œbetter expositorâ€ at the Festival del Verde e del Paesaggio in Rome.
#Biology #Education #Energy & Sustainability #Food & Agriculture #Recycling & Upcycling #Science #Wellness & Healthcare
B37 (pav. 6) - Vertical Farm Italia - Ing. Matteo Benvenuti
2016
Back Data updated on 2022-11-08 - 10.59.34 am