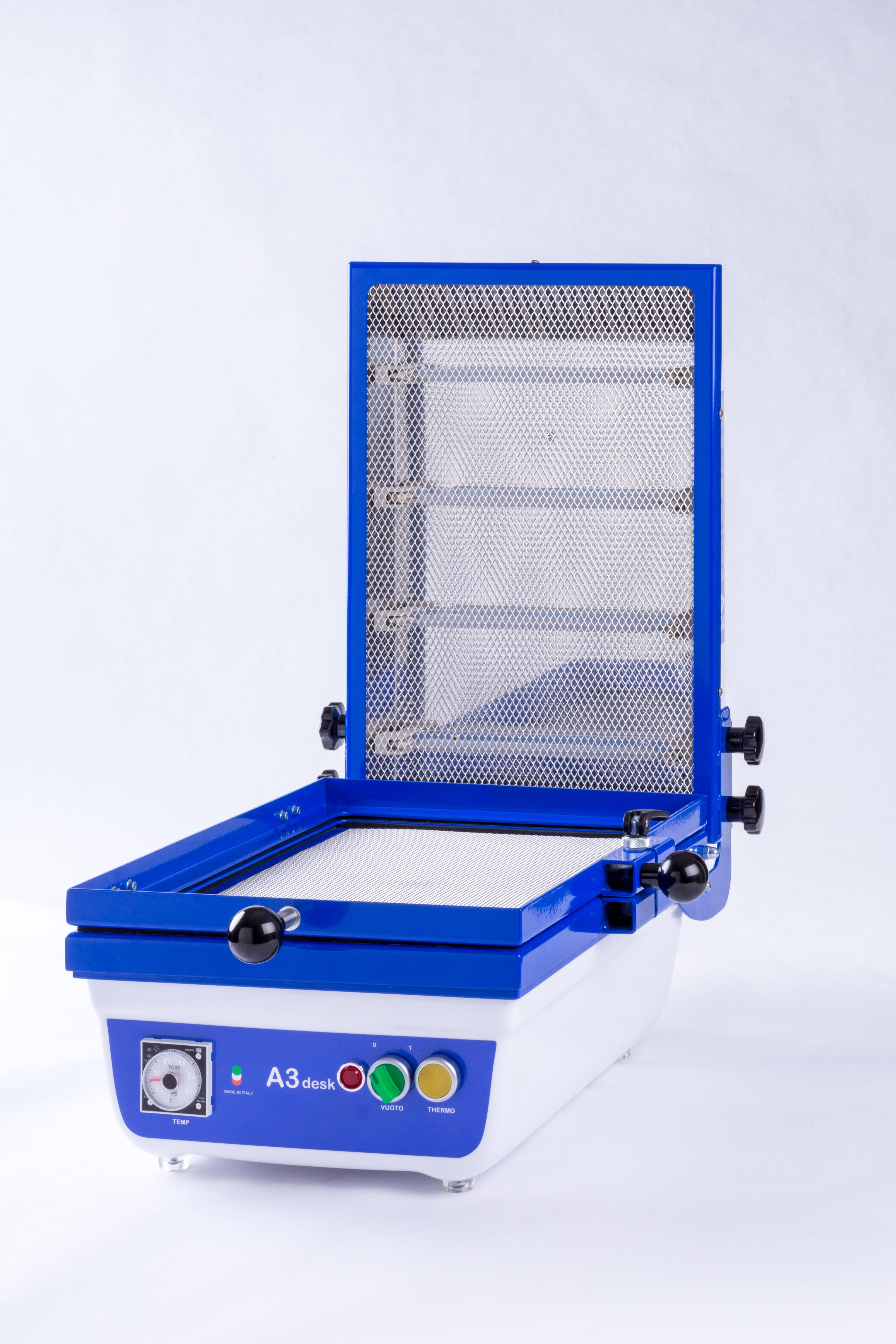 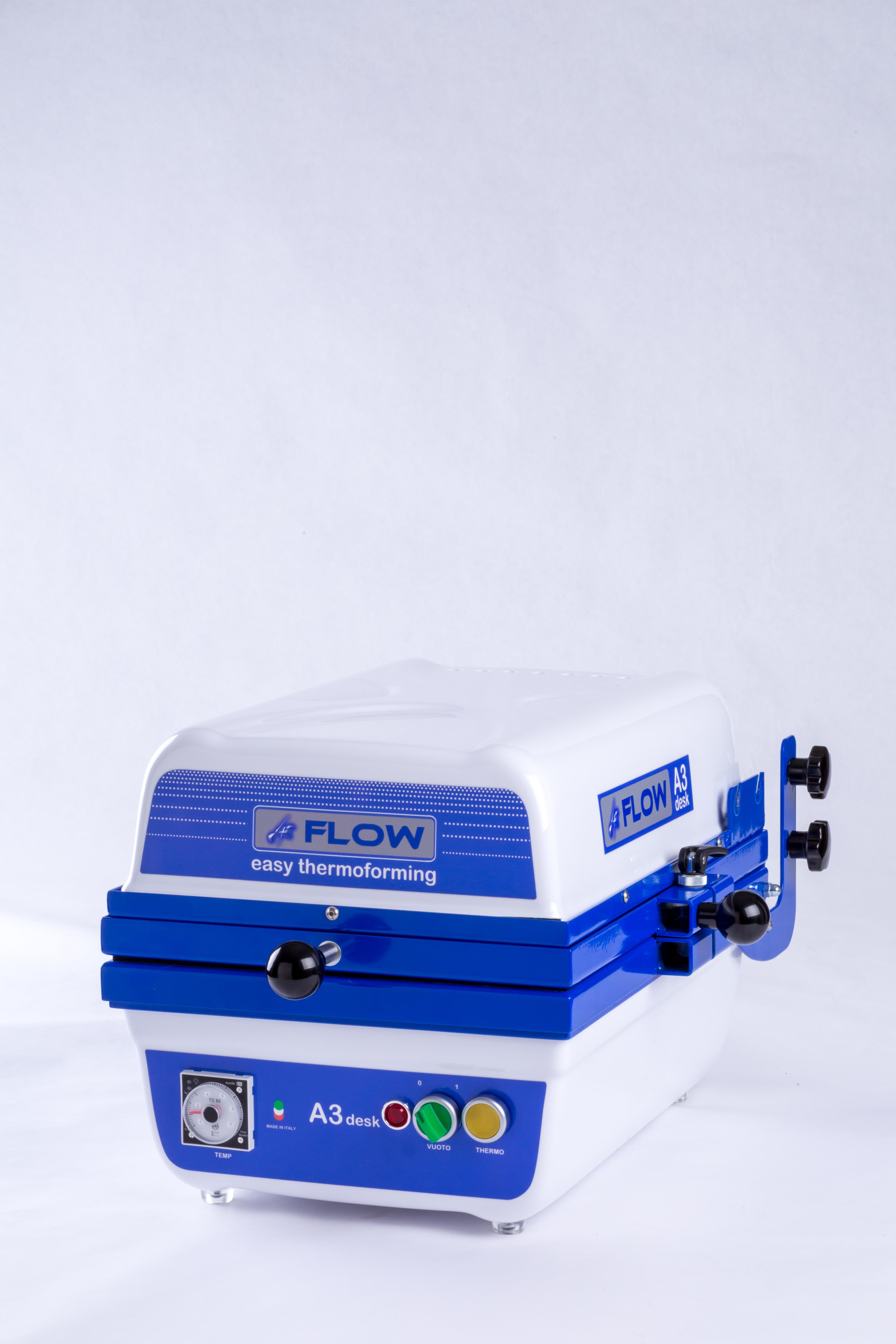 FLOW is a compact device designed for thermoforming/vacuum forming and it is suitable for different uses (both professional and hobby).
It allows you to make forms, molds and models through the forming of previously-heated plastic plates and sheets (for example ABS PVC PET PS PC) that are useful and common tools for prototyping.
FLOW has been created to satisfy these particular needs and to enable the easy use in communities such as schools, professional studios and laboratories. This is accomplished thanks to the complementary power of this device in association with the most recent and technologically evoluted 3D printers. 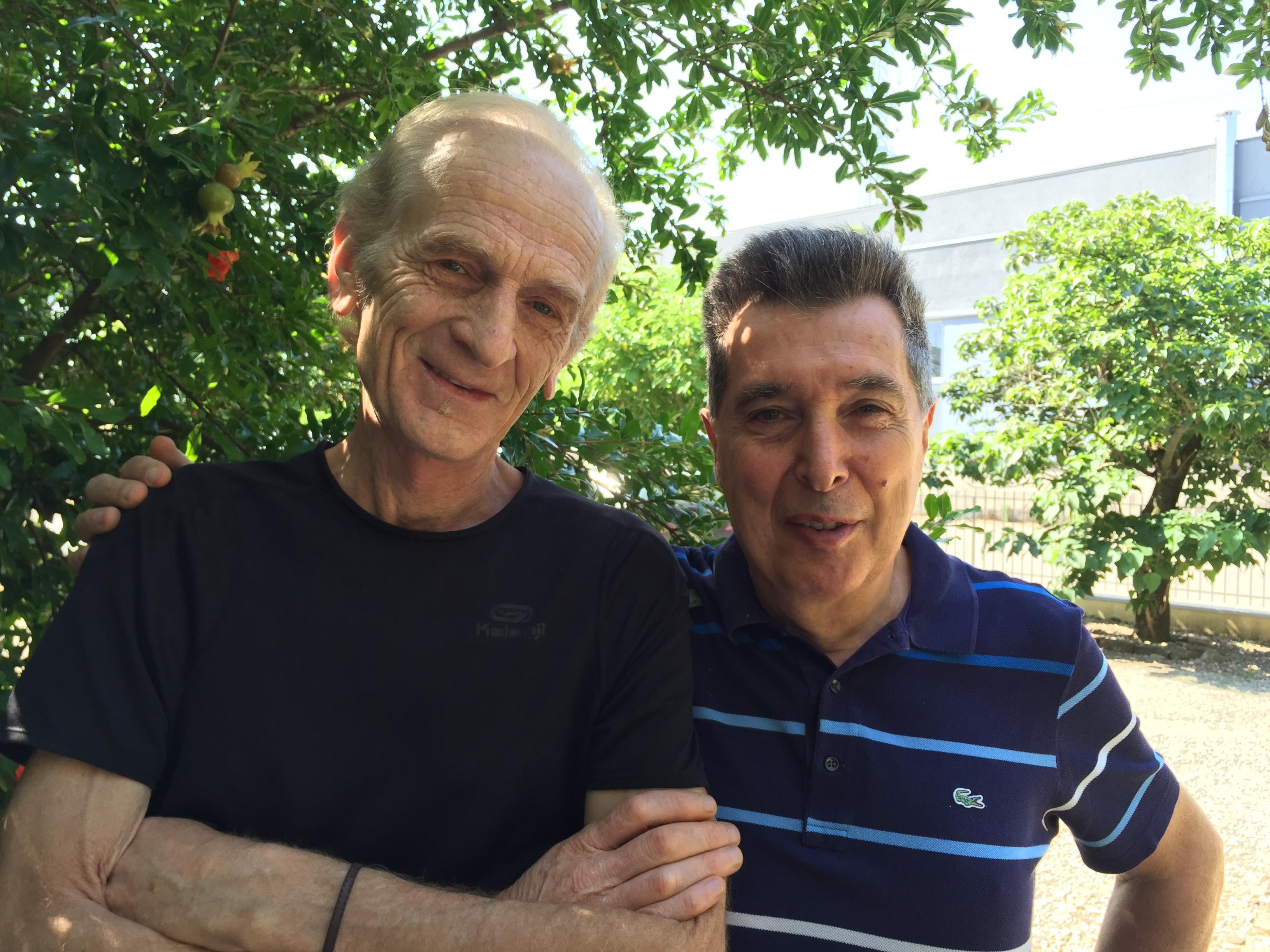 Franco Giacometti (on the right in the picture) is born August 31, 1951 in Castel San Pietro Terme (BO), Italy. In 1973 he established, together with his brother Enrico, C.e.i. srl. The company is still open after more than 40 years and it is specialized in the production of electric cables used in different fields such as agriculture, electro-medical, soldering and automotive. In 2015, together with Fulvio Fusella, he has designed and built the compact thermoforming machine FLOW A3desk.
Fulvio Fusella (on the left in the picture) was born April 26, 1953 in Imola (BO), Italy. From 1967 to 1973 he carried out a series of studies and specialized training. From 1975 he started working as a teacher at various schools of Applied Arts and workshops-national internship in foreign schools and similar structures.
He is currently professor of "Physical Modeling" / "Mouldmakingâ€ I ^ AFAM-MIUR end - (Higher Education in Art and Music) and professor at the "Clay Modeling" contract at IDSS - Italian Design Summer School - Department DIEM - University of Bologna.
In 2015, together with Franco Giacometti, designs and manufactures the compact thermoformer FLOW A3desk.