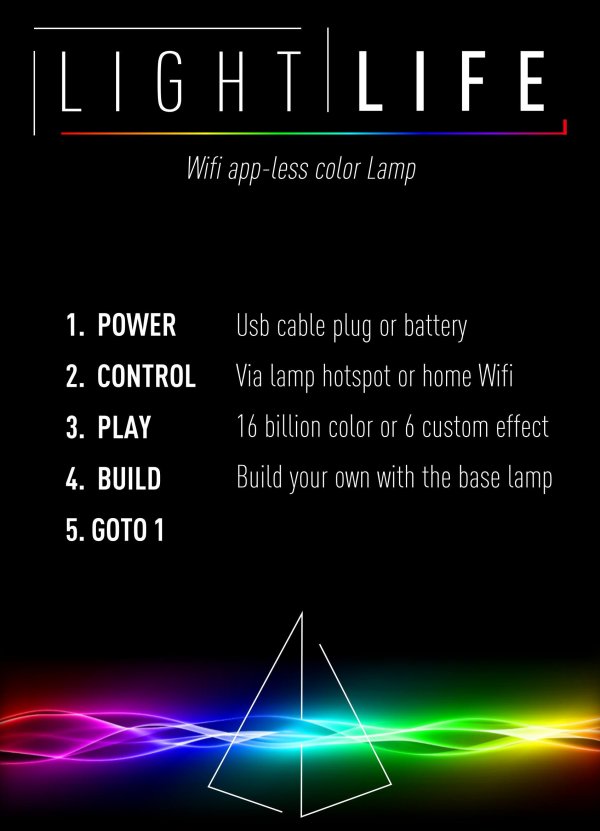 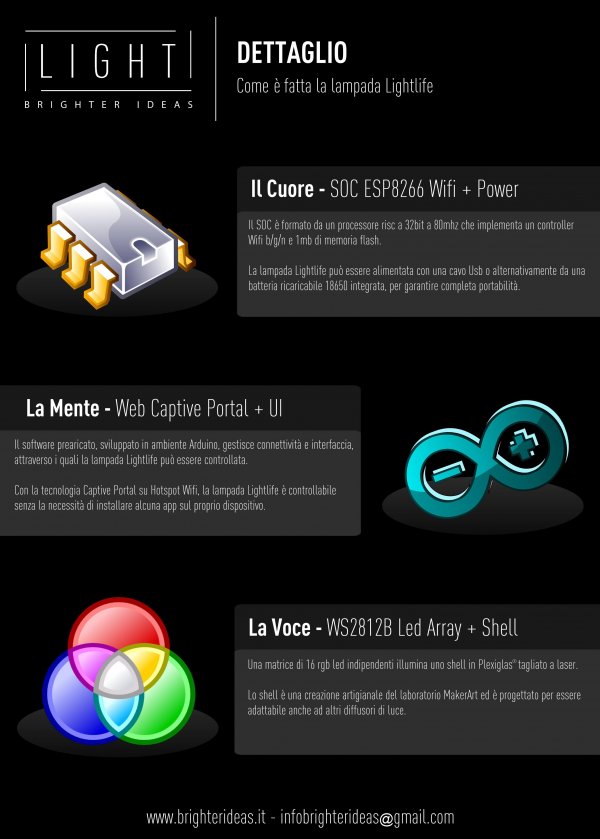 LightLife is a plexiglas pyramidal lamp that drives a RGB addressable led ring through an ESP8266 Wifi microcontroller.
the peculiarity is that It doesn't need any app to be controlled: connecting to its wifi hotspot, a captive portal serves a web application to control the lamp.

Compared to 2016 edition, web interface is entirely renewed and the hardware redrawed to allow it to be powered wired or wireless with a rechargeable battery (without pull off the battery from the lamp) wit a standard micro usb cable.
The lamp now can connect to home/local wifi too ancd coexists with other lightlife device in a Master-Slaves logic.

Core:
- The electronic part is made by microcontroller Wifi ESP8266 and Led ring WS8212B. 5v power source is supplied by a rechargeable 18650 lithium battery or directly by a micro usb cable.

Shell:
The lamp and its pyramidal enclosure is the result of an original art design made of laser cut plexiglas, handly assembled. 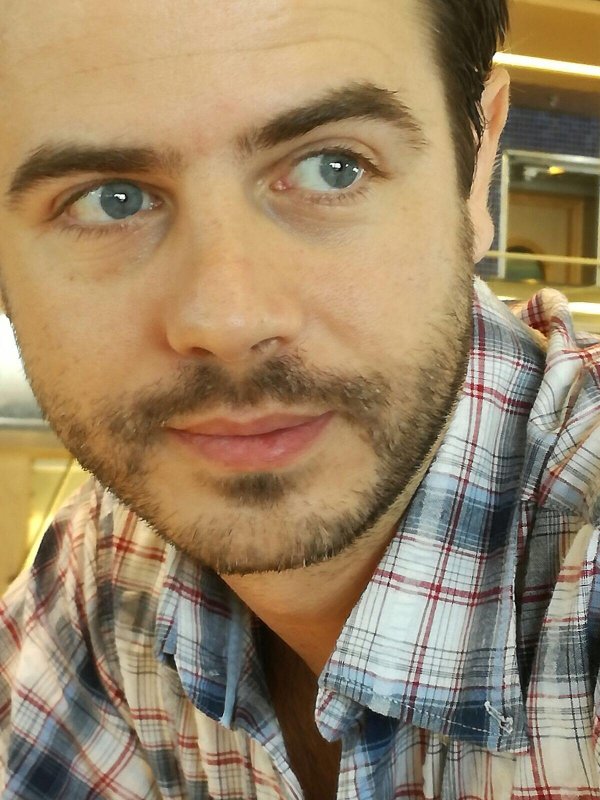 2006 he realizes VGEXPO, a semi-touchscreen display for retail videogames advertising and selection in specialized shops, directly accessible by customers.

2012-2014 He creates the project Cacce al Tesoro (â€œTreasure Hunts in Romeâ€) (www.caccealtesoro.it), with the public event â€œGli Angeli Del Borgoâ€ (â€œThe Borgoâ€™s Angelsâ€) to promote the Kapipal campaign for the realization of eight scavenger hunts in Rome, then converted to a team building and private entertainment project.

In 2015 he founds the MakerArt logo as a craft project for the creation of jewelery and three-dimensional objects designed in 3D CAD, and manufactured in laser cut plexiglass and wood.

In 2016 he starts the â€œEscape Fromâ€ project for the realization of a dynamic Escape Room (through Arduino) that can dynamically change the puzzles within the escape room, varying players' experience from time to time.

- In 2016 contributes to Maker Faire Rome 2016 with LightLife, a pyramidal plexiglas RGB lamp that use a captive portal through a wifi hotspot to expose the interface to control the addressable RGB led.