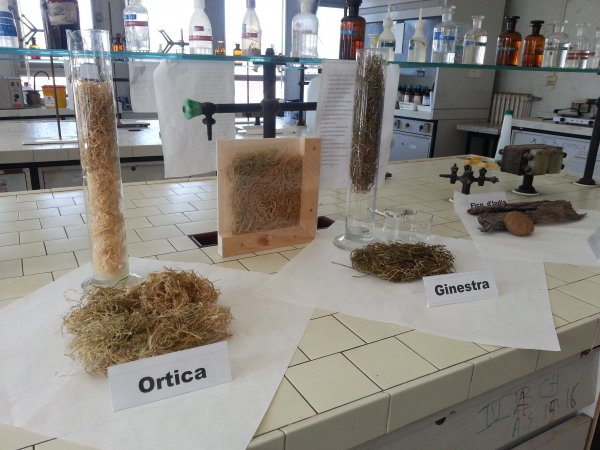 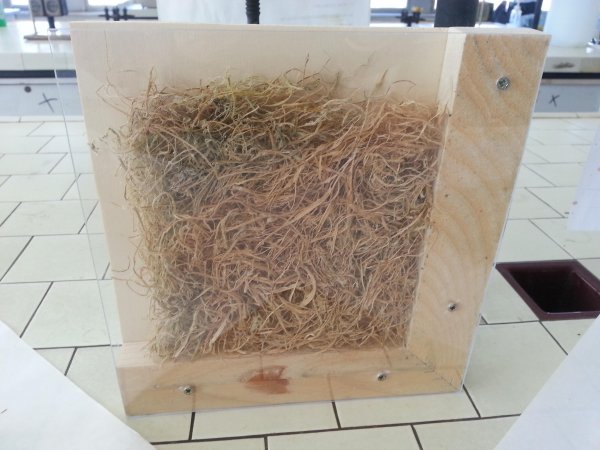 The students produced ecological natural fibers from plants such as agave, broom and nettle. The fibers can be used as a heat-insulating material in building. The fiber extraction process consists in two distinct phases. In the first phase the boiling of the stems with Na2CO3 occurs. After boiling, the stems are peeled and then the whole is put to boil again with NaOH. During the maceration of the stems in alkaline solution, the woody parts of the tow are detached. These parts are the fibers that are subsequently carded.
The final operation consists in a high pressure water passage on the decorticated material that has undergone the boiling. In the last phase, with the water passage, the outer cuticle of the plant melts and only the fiber is left. The cellulose fiber is breathable and hygroscopic. 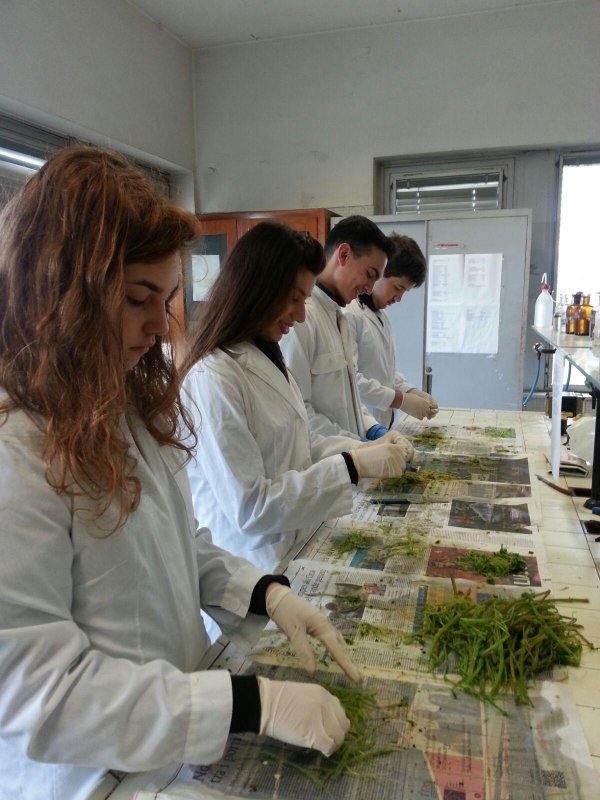 The students have thought of replacing harmful insulating materials for human health with natural products such as fibers derived from plants of broom, nettle and agave.The project is aimed at raising awareness about the issue of environmental sustainability, a matter that today has important consequences on everyday life. The class executed the project during the hours of Chemistry Laboratory at both curricular and extracurricular hours.
#Energy & Sustainability #Fabrication #New Manufacturing #Science
C10 (pav. 4) - ITI S. Cannizzaro - Catania
2017
Back Data updated on 2022-11-08 - 10.59.34 am