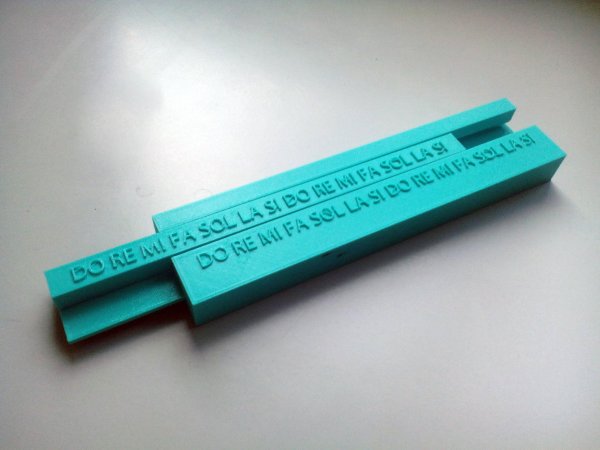 The Tonal Ruler helps to identify the notes that are needed to perform or even to the composition of a musical track whose tonality has changed by necessity. It has the size of a ruler, consisting of two parts running between them and with the musical notes engraved on both sides.
For example, if you wish to lower two tones down a song originated in â€œFâ€ , it would be enough to slide one of the two parts to the left to match the F (original tone) with the E (new tone), at that point you will be able to make all the other chord arrangements. 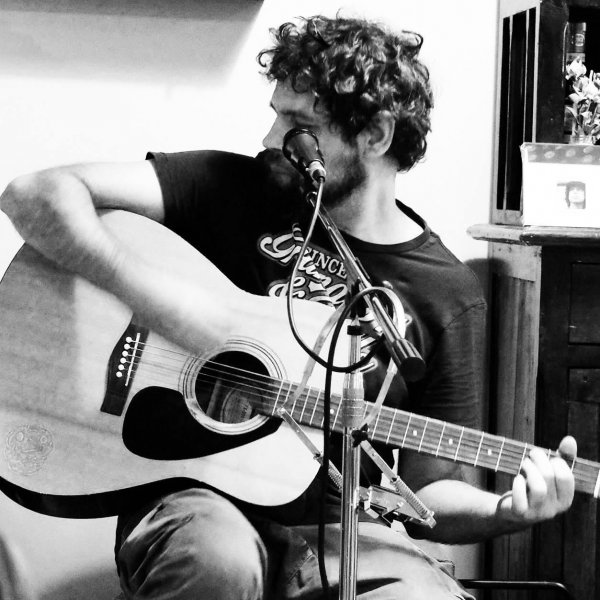 Alessandro Cives (Rome 09/04/1977) is a Roman songwriter and illustrator. His musical and songwriting activity began in 1999 with a band called â€œLinea Bâ€,where he had been the voice, rhythmic guitarist and author for about ten years, until the group's dissolution. In those years he has produced an album titled "Timidi Orizzonti" and a single "Fuori Target" commissioned by Roma Uno channel television network a TV show theme. In 2008 he decided to embark on a singer-songwriting career, writing new songs and releasing his first EP entitled "Rose Celesti" in 2010 with â€œTerre Sommerseâ€ record label. During the same year, he wrote and produced a new instrumental / experimental EP called "Passi di maggio", a work never released for personal reasons and limited to a sporadic private distribution.
Since 2011, with the intention of producing and publishing a new EP album, he has been working on a deep search for new sounds, themes and styles alongside an increasingly intense concert activity for its audience, unfortunately discontinued between 2015 and 2017 owing to personal reasons that turned him away from music. In 2012 he also founded Rome Cantautori, a songwritersâ€™ festival that aims to enhance and share the cultural heritage of Italian songwriters between the stage and the audience. In 2017, after having gained more and more experience in composing and thanks to a brief project experience, he has conceived, designed and realized a tool he himself called "Tonal Ruler", useful to identify more easily and more quickly the right notes in the composition or execution of a musical piece in need of a change of tone.