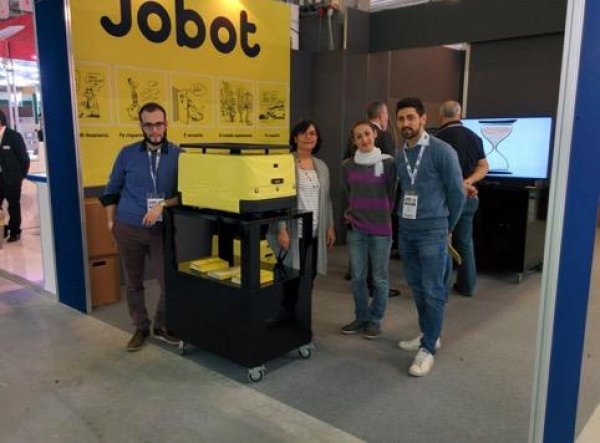 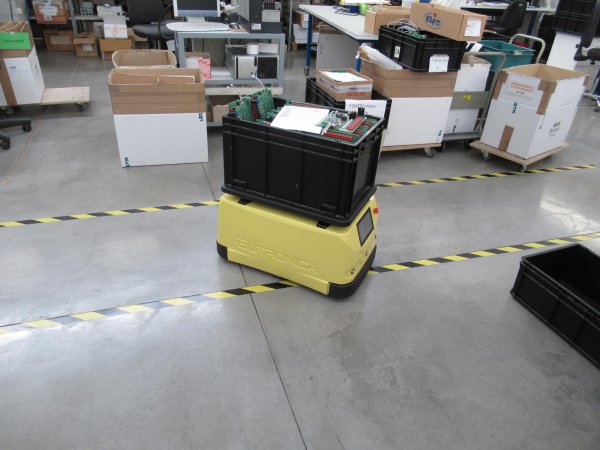 Jobot is an Automatic Guided Vehicle (AGV) developed by the Eutronica company in collaboration with the Research Center of the University of Pisa "E.Piaggio" . The robot is designed to ease the human work using a compact carrying system. Jobot can move goods along predefined routes from loading station to unloading station or workbenches.
Italy
WEB 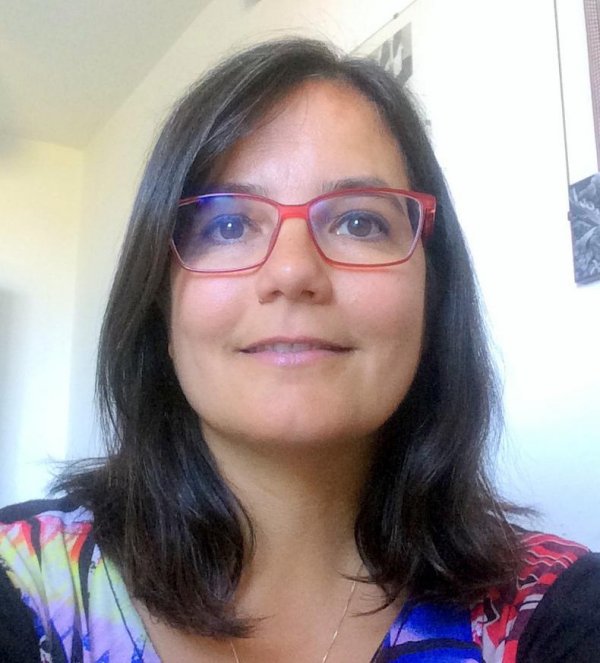 Lucia Pallottino is currently Associate Professor at the Centro di Ricerca "E. Piaggio" and the Dipartimento di Ingegneria dell'Informazione at the University of Pisa. She received the "Laurea" degree in Mathematics from the Department of Mathematics in the University of Pisa in 1998. She got a Doctoral degree in Robotics and Industrial Automation at Centro "E. Piaggio" at the Faculty of Engineering, in January 2002. She has been Assistant Professor from 2007 to 2015. She has been Visiting Scholar at M.I.T. (2000-2001) in the Laboratory for Information and Decision Systems (LIDS ). She has been Visiting Researcher at UCLA, (2004) in the Mechanical and Aerospace Engineering Department (MAE ).
She is
- Deputy Director of Centro di Ricerca "E. Piaggio" (since Jan. 2017)
- Chair of the IEEE Robotics & Automation Society Italian Chapter (I-RAS) (since Jan. 2015).
- Associate Editor of the IEEE Robotics and Automation Letters and of the IEEE Transaction on Robotics.
- Principal Investigator of the ILIAD European project.
- Scientific collaborator in the WALK-MAN European project.
Her main research interests within Robotics are in motion planning and control of humanoid robots and of multiple nonholonomic vehicles, optimal control of constrained systems, coordination of multi–robot vehicles, distributed algorithm for multi-vehicles management and quantised control.
She has published more than 60 papers in International Journal and Conferences.
Receipient of the "IEEE-RAS Italian Chapter Young Author Best Paper Award 2009" for the paper: L. Pallottino, V.G. Scordio, A. Bicchi, E. Frazzoli, "Decentralized cooperative policy for conflict resolution in multivehicle systems," on IEEE Transactions on Robotics, 23 (6):1170-1183, 2007.
Top 10 Best Research Papers (2000 to 2009) in IEEE Transactions on Intelligent Transportation Systems}: L. Pallottino, E. M. Feron, and A. Bicchi, ``Conflict resolution problems for air traffic management systems solved with mixed integer programming,'' IEEE Transactions on Intelligent Transportation Systems, vol. 3, no. 1, pp. 311, March 2002.
She has served IEEE (CASE, ICRA, IVS, IROS, ARMS, IRAM, SAC) as a Program Committee member and was a co-chair of the Technical Program Committee of CONET2012 workshop. She is also external Reviewer for research projects such as the Portuguese Foundation for Science and Technology (FCT) in the Computer Sciences and Engineering field, the Natural Sciences and Engineering Research Council of Canada (NSERC) for “Discovery Grant” research projects and the Fund for Scientific Research (F.R.S.-FNRS) in Brussels.

Danilo Caporale received the Bachelor and Master of Science degrees in Automation and Control Engineering in 2009 and 2011, respectively, from the Politecnico di Milano. In 2015 he received the Ph.D. degree in Information Technology from the same institution, with a thesis on robust control devices for railway traction and braking. During his Ph.D. studies, he spent visiting periods at Imperial College, UK, at University of Newcastle, NSW, Australia, and at Massachusetts Institute of Technology, USA. Since 2015 he is a Post-Doc Researcher at Centro di Ricerca E. Piaggio, Universita' di Pisa, where he is working in the EU Projects Walk-Man and ILIAD on planning and control algorithms for applications to robotic systems. His research interests are robust and optimal control, with applications to vehicle, biological and humanoid robotic systems.

Anna Mannucci is a PhD student in Robotics and Automation at the Research Center "E. Piaggio" of the University of Pisa. She obtained the Bachelor's degree in Electronic Engineering in February 2013 at the University of Pisa with honours. In July 2017 he obtained the Master's degree in Robotics and Automation Engineering at the University of Pisa with honours. She did her master thesis in collaboration with th industry Ingegneria dei Sistemi of Pisa on 3D autonomous exploration with drones. Her topics of research are multi-agent planning and coordination for mobile robotics and 3D autonomous exploration. She worked on navigation and mapping for mobile robots in the Jobot project. Currently, she is working on the European project ILIAD, which goal is increasing the automation of warehouses using fleets of AGVs
#Robotics
C10 (pav. 6) - Centro di Ricerca "E.Piaggio" Università di Pisa - IIT
2017
Events linked to this project
Back
Data updated on 2020-12-13 - 11.41.04 pm