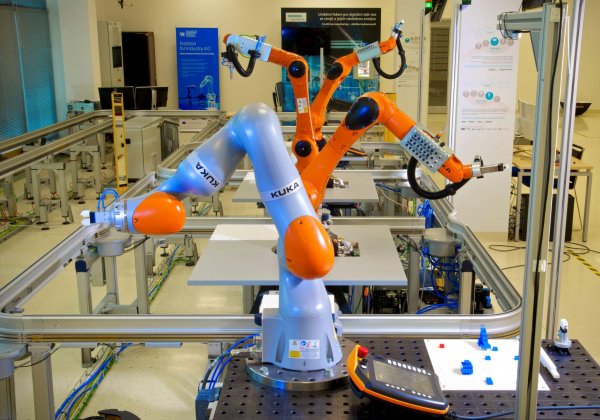 RICAIP - The Future of the Industrial 4.0 Production

RICAIP is a Research and Innovation Centre on Advanced Industrial Production introducing completely new approach in industrial manufacturing virtually connecting testbeds through digital twins. Explore the research facility based on geographically distributed research infrastructure that allow remote control, verifying and testing the Industry 4.0 practices before their introduction into real industrial production. We will show you the future of the production in automotive or aerospace industry.
Czech Republic 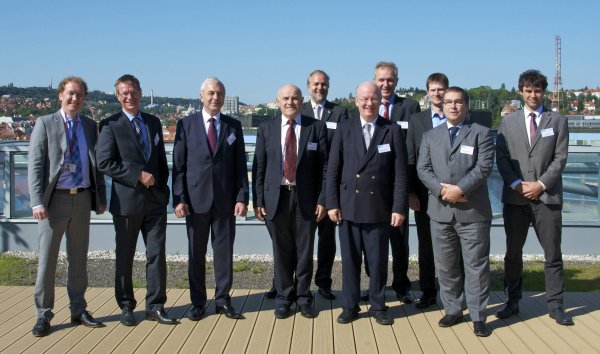 The grounds of Czech-German R&D collaboration in the field of Industry 4.0 were set under the auspices of the German Chancellor Angela Merkel during her visit to the Czech Republic in August 2016.
Founding fathers of the RICAIP idea are the same personalities who were at the birth of the Industry 4.0 concept - Prof. Wolfgang Wahlster, Chief Executive Advisor and former CEO of DFKI in Germany, and Prof. Vladimir Marik, the Scientific Director of CIIRC CTU in the Czech Republic.
#Artificial Intelligence #Internet of Things #New Manufacturing #Robotics
C40 (pav. 9) - Czech Technical University in Prague, CIIRC CTU
2019
Back Data updated on 2022-11-08 - 10.59.34 am