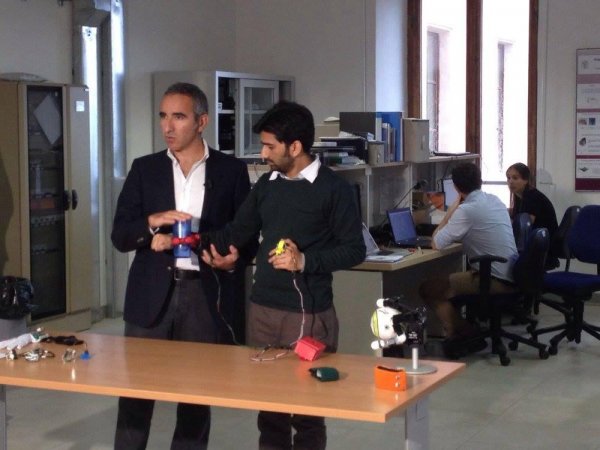 The main research activities of the SIRSLab (Siena, Italy) will be presented. In particular, we will show the following devices and applications through presentations, videos and hands-on demonstrations:
- Sixth finger: a wearable robotic device designed to augment human hand capabilities, we will show in particular how this device can be used as a compensation and rehabilitation tool for patients with upper-limb impairments.
- Haptic anklets for guidance applications.
- Underactuated compliant robotic grippers, designed for grasping objects in unstructured environments.
- Wearable haptics devices and their main applications in virtual reality, augmented reality and teleoperation. 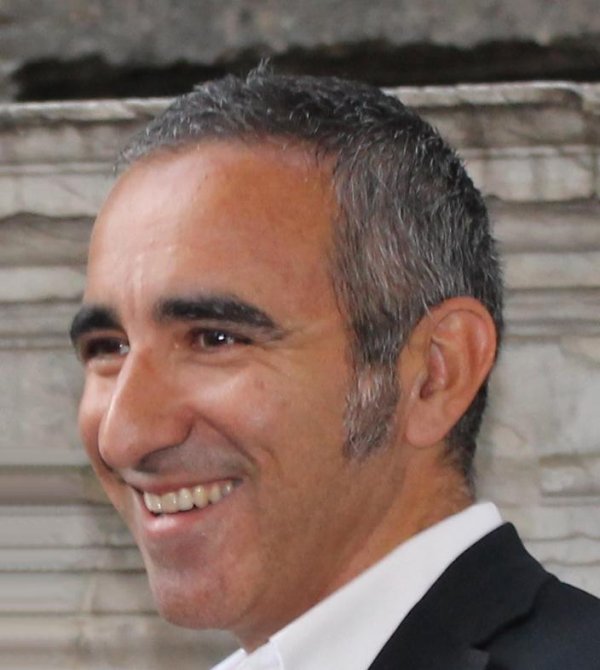 Domenico Prattichizzo is Full Professor of Robotics and Automation at UniversitÃ  degli Studi di Siena since 2015 (previous position: Associate Professor
2002-2015), chief of the Siena Robotics and Systems Lab (SIRSLab) at the Department of Information Engineering and Mathematics and Senior Scientist at Istituto Italiano di Tecnologia (IIT), Genoa, Italy since 2009. In 2016 he has been elevated to Fellow of the IEEE for contributions to haptics and multi-fingered robotic hands and in 2018 he has been elected President of the Eurohaptics society. His main research interests are: haptics, robotics, vision and automatic control. He is/has been associate editor in chief of IEEE Transactions on Haptics (2007-2013), member of the Editorial Advisory Board of Springer Series on Touch and Haptic Systems (since 2018) and of the Editorial Boards of Biomedical Robotics (Frontiers in Robotics and AI) (since 2014), IEEE Robotics and Automation Letters (2015-2016), IEEE Transactions on Robotics (2003-2007), IEEE Transactions on Control Systems Technologies (2003-2007). From 2006 to 2010, he
has been chair of the Italian Chapter of the IEEE Robotics and Automation Society awarded with the 2009 IEEE RAS Chapter of the Year Award and vice-chair for special issues of the IEEE Technical Committee on Haptics. In 2019 he has been named in the Technical Board of ARTES 4.0, Advanced Robotics and enabling digital Technologies & Systems, one of the highest level tech hub in Italy funded by the Italian Ministry of Economic Development to accelerate innovation. Co-editor of the books Control Problems in Robotics (2003), Multi-Point Physical Interaction with Real and Virtual Objects (2005) by Springer. Guest Editor of the Special Issue on Robotics and Neuroscience of the Brain Research Bulletin (2008). Invited to contribute as co-author of the Chapter on Grasping chapter of the Handbook of
Robotics (Springer, 2008) awarded with two PROSE Awards. Author of the chapter Robot Grasp Control of the Encyclopedia of Systems and Control (Springer, 2015). He won the â€œRAS 2007 New Initiatives Grantsâ€ by IEEE Robotics and Automation Society with the project â€œEstablishing IEEE/RAS Points of Presence and Initiatives in
Second Life (SL)â€. He has been coordinator of RemoTouch selected as one of the project to represent Innovation Italy at Shanghai 2010 World Expo within the program â€œItalia degli innovatoriâ€ promoted by Ministro per la Pubblica Amministrazione e lâ€™Innovazione. He coordinated the EU
collaborative large scale integrating project FP7-ICT-2011-9-601165 â€œWEARHAP-WEARable HAPtics for Humans and Robotsâ€ and the EU FP7-ICT-2007-2-231143 ECHORD experiment â€œHANDS.DVI - A DeViceIndependent programming and control framework for robotic HANDSâ€. He has been invited plenary speaker in many robotics/haptics conferences. IEEE Haptics Symposium conference- Cross-cutting Challenges (2018) and International Conference on Asia Haptics (2016) are among the more relevant ones. He is author and co-author of more than 350 peer-reviewed articles in the areas of robotics, haptics, human-robot interaction, medical applications.
#Robotics #Science
C1 (pav. 9) - UniversitÃ  di Siena
2019
Back Data updated on 2022-11-08 - 10.59.34 am