In this exposition we will deal with: additive and advanced manufacturing for medical devices; methodological and experimental research on robotic manipulators, either autonomous or tele-operated, for physical human-machine interaction and Co-Botics; design and control 3d scanning systems and devices for virtual and augmented reality for medical applications and advanced human-machine interaction; technologies for the usage of mobile robots; android robotics; integration of artificial intelligence and physical machine intelligence for industrial and logistic applications
Italy 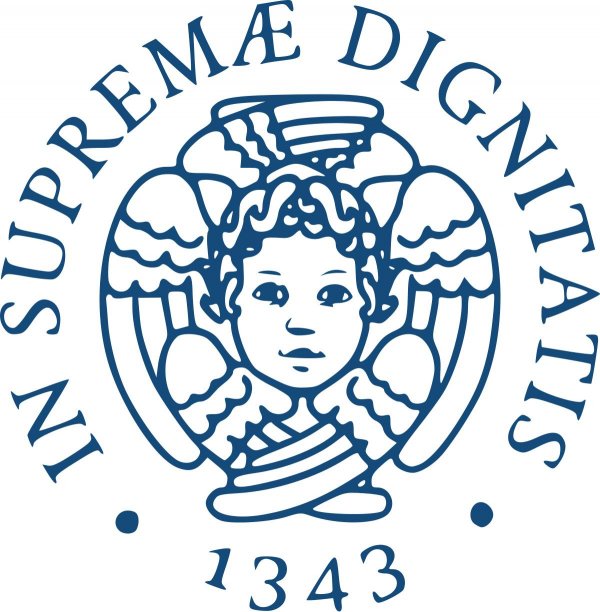 Matteo Bianchi (PhD in Robotics) is a tenure-track Assistant Professor of Automatic Control at the Research Centre â€œE. Piaggioâ€ and the Department of Information Engineering (DII) of the UniversitÃ  di Pisa. In 2011, he worked as visiting student at the Laboratory for Computational Sensing and Robotics at Johns Hopkins University, Baltimore, MD. His research interests include robotics and haptic interface design and control for advanced Human-Machine Interaction (HMI). He is an author of contributions to international conferences and journals and serves as member of the editorial/organizing board of international conferences and journals. He is editor of the book "Human and Robot Hands'', Springer International Publishing. He is recipient of several national and international awards, including the JCTF novel technology paper award at the IEEE/RSJ IROS Conference in Villamoura, Portugal (2012) and the Best Paper Award at the IEEE-RAS Haptics Symposium in Philadelphia, USA (2016). He serves as co-Chair of the IEEE RAS Technical Committee (TC) on Robotic Hands, Grasping and Manipulation and Vice Chair for Information Dissemination for the IEEE RAS TC on Haptics. He acts as PI for the University of Pisa of EU grants and research contracts with companies in the field of HMI (funds approx. 1.5 Mâ‚¬).

Lucia Pallottino is Associate Professor in Robotics and Automation at the UniversitÃ  di Pisa in the Research Centre â€œE. Piaggioâ€ and the Department of Information Engineering (DII). She received the Laurea degree in Mathematics and the Ph.D. degree in Robotics and Industrial Automation from the UniversitÃ  di Pisa, Italy in 1997 and 2002, respectively. She is, or has been, Deputy Director of Centro di Ricerca "E. Piaggio" (since Jan. 2017), Chair of the IEEE Robotics & Automation Society Italian Chapter (IRAS) (Jan. 2015-Dec 2018), Associate Editor of the IEEE Robotics and Automation Letters and of the IEEE Transaction on Robotics. She currently is Principal Investigator of the ILIAD European project. Her main research interests within Robotics are in motion planning and control of complex systems such as humanoids or systems of autonomous vehicles, optimal control of constrained systems, distributed control of multi-robot vehicles and quantised control.

Manolo Garabini graduated in Mechanical Engineering and received the Ph.D. degree in Robotics from the University of Pisa where he is employed as Assistant Professor. His main research interests are in the design, planning and control of soft and adaptive robots: from single actuators, to end-effectors (hands, grippers, feet), to complex multi-dof systems. A part of his activity has been devoted to theoretically prove which is the best stiffness to maximize robot performance like peak speed, efficiency, and resiliency. He contributed to the realization of modular Variable Stiffness Actuators. He contributed in the design of the joints and the lower body of the humanoid robot WALK-MAN and participated at the DARPA Robotics Challenge and at a field test in Amatrice, Italy after a disastrous earthquake event. Recently he contributed to the development of an efficient and effective compliance planning algorithms for interaction under uncertainties. Currently he is the PI of the H2020 EU Research Project THING - GA 780883 for the University of Pisa. He is co-founder of qbrobotics.

Vincenzo Ferrari received the PhD degree from the University of Pisa. He is Assistant Professor of Biomedical Engineering at the Department of Information Engineering of the University of Pisa. He is author of more than eighty peer reviewed publications and five patents. His research interests involve image-guided surgery and simulation, computer vision and augmented reality devices and applications in medicine. He is involved in several national and international research projects; in particular he is the coordinator of the of the HORIZON2020 project VOSTARS, Call ICT-29-2016. He is a member of the IEEE.

Carmelo De Maria is an Assistant Professor of Bioengineering at the Department of Ingegneria dellâ€™Informazione, University of Pisa, and affiliated with the Research Center â€œE. Piaggioâ€. He is guest professor in bioengineering at Addis Ababa University, and member of the African Biomedical Engineering Consortium secretariat. His research interests are in the field of additive manufacturing and rapid prototyping technologies, with a particular focus in Biofabrication. He has several papers published in international scientific journals (over 50) and in 2016 he received the 1st award as Young Investigator from the International Society for Biofabrication. De Maria is also co-founder and president of the FabLab Pisa and a key player in open-source medical devices through the UBORA e-infrastructure, pursuing democratization of healthcare technology.

Alessandro Tognetti (electronic engineer, PhD in bioengineering) is Associate Professor in Bioengineering at the Information Engineering Department of the University of Pisa. He his chair of the courses â€œBiosensorsâ€ and â€œBio-electrical Phenomenaâ€ of the Biomedical Engineering Degree of the University of Pisa. His research is focused on the design and development of smart wearable sensors and systems for biomedical parameters monitoring. He carried out most of his research in the frame of European and International projects (more than 15), in which he participated as the team leader. His competences and skills range from sensor build up - starting from the physical principle and the enabling technology - system integration, high-level interpretation/fusion to the development of ICT supported applications in e-health, rehabilitation, and humanâ€“machine interaction.