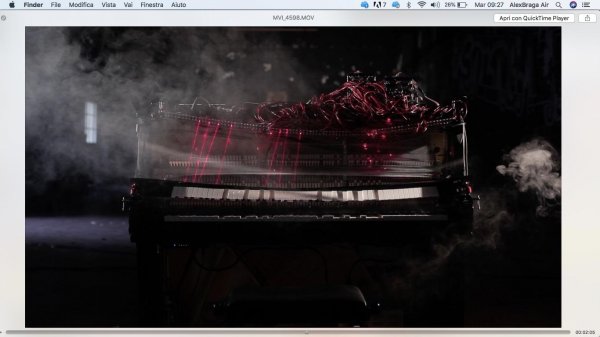 A-MINT, created by Alex Braga and professors Francesco Riganti Fulginei and Antonino Laudani of Roma Tre University is a versatile artificial intelligence software that works in real time with the musician for the musician to allow him to develop infinite creativity .

A-MINT, in its Experience version, will be present as a "testable" installation at the next Maker Faire Rome 2019.
Italy 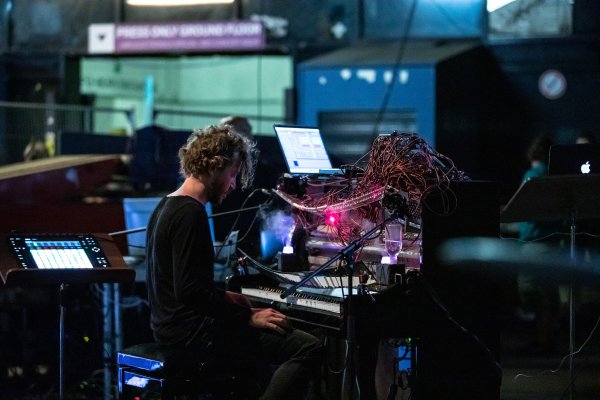 Alex Braga bio
K7 ! and artist Alex Braga take a leap into the future with A-MINT, a new instrument, an adaptive Artificial Intelligence that will expand the frontier of Music.
There is nothing more simple yet more complex than a human being. The challenge of Alex Braga and !K7 is to create a new and organic kind of sound with the aid of a revolutionary new instrument called A-MINT.
A-MINT is an adaptive Artificial Intelligence working in real-time for the artist and enabling any musician to explore infinite creativity.
The artist plants his seed, the original melody, from which the reproductive environment of A-MINT creates endless new melodies in real time. From this original melody, A-MINT grows new cells and creates vital and organic music, made up of infinite layers of arrangements, while acting as a new living organism, regardless of pitch, bpm, dynamic, grids, patterns and stems. Electronic music becomes as free, as simple, as complex, as tangible and yet as infinite as you can possibly imagine, just as any other living being.
Alex Braga is currently working on his first E.P. using A-MINT, at VoxTon Studio in Berlin, with sound engineer Francesco Donadello and producer Robert Lippok, the godfather of experimental electronic music and a pure scientist of arts applied to music.
The E.P. will be released under 7K!, the label of K7! dedicated to the “undefined sounds” and the boundaries of contemporary classical. Alex Braga has been touring with
A-Mint and performing all over the world, among other places as a headliner at Mutek Festival, Google Arts & Culture Center, Centre Pompidou in Paris & RomaEuropaFestival.
The debut E.P. will be presented at Ars Electronica in Linz, Sept. 5th - 9th, where Alex Braga is nominated for category S+T+ARTS=STARTS, the special honoring of the European Commission for innovation in technology, industry and society stimulated by the arts.
The Artificial Intelligence A-MINT is also the first to enter Classical conservatories: Alex Braga is the first teacher of such instrument with his masterclass in Santa Cecilia, one of the oldest musical institutions in the world. A-MINT was created by Alex Braga and professors Francesco Riganti Fulginei and Antonino Laudani from University
Roma Tre and it is now being developed along with !K7 to deliver a software to every musician willing to cross the border. The new A-MINT software will be presented at Sonar in Barcelona July 19th.