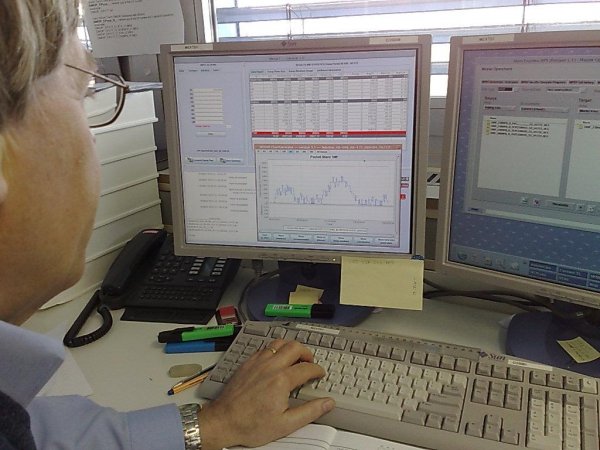 MEXAR2 is an advanced AI software tool for continuous support of the mission planning operations of MARS-EXPRESS. It generates the plans used to download the satellite data from the on board memory to ground. The problem is solved on a weekly basis at the Mission Operations Centre of the European Space Agency. The tool is still in use within the context of the MARS-EXPRESS mission.
IMPACT is a research project that aims at developing a software system that allows a robot to symbolically represent the autonomously learned skills during the environment exploration, and use such symbolic representation to perform automated planning to increase the autonomous acquisition of new knowledge.

Angelo Oddi [M.S. Electronic Engineering 1993, Ph.D. Medical Computer Science
1997] is a researcher of the Institute of Cognitive Science and Technology of the Italian
National Research Council (ISTC-CNR) since 2001. He has been visiting scholar at Carnegie Mellon University, Pittsburgh (US) in 1995-6. His research work focuses on Artificial Intelligence (AI), in particular planning & scheduling, constraint-based reasoning, learning and the design of autonomous systems for real-world applications. He has published more than 70 papers, both in journals, book and peer-reviewed international AI conferences. Dr. Oddi has been in the program committee of several international conferences (ICAPS, ECAI, AAAI, IJCAI) and was Conference Chair of the International Conference on Automated Planning and Scheduling 2013 (ICAPS-2013), Rome, June 10-14, 2013. He participated in several national and international projects; in particular, he was national coordinator of the FIRB VISEL project (MIUR – Italian Ministry of Education University and Research – funds) aimed to develop a Deaf-centered E-Learning Environment (DELE). With respect to space-related projects, he has been involved in the Advanced Planning and Schedule Initiative (APSI), a general AI-based software framework for developing advanced mission planning systems (2008-2009), funded by the European Space Agency (ESA). He has been involved in the realization of the MEXAR2 and RAXEM systems (2005-2012) dealing with the automatic generation of downlink/uplink plans for the ESA Mars-Express mission. Relatively the MEXAR2 system (still operating within the Mars-Express mission) he acted as technical director and is still responsible for its maintenance (2014-2020). Currently, he is coordinator of the IMPACT project (Intrinsically Motivated Planning Architecture for Curiosity-driven roboTs) funded by ESA within the Innovation Triangle Initiative (ITI) 2017 program.

Gabriele Sartor [MSc Computer Science 2018] is a research assistant at CNR-ISTC. His research interests are on artificial intelligence, in particular symbolic planning and machine learning. He took part to the Erasmus program going to the University of Luxebourg where he joined its robotics team and participated to two Robocup competitions (Magdeburg 2017 and Nagoya 2017). With respect to space-related projects only, he developed his master thesis project in ALTEC (Aerospace company of Turin) consisting in a planner for stratospheric ballon missions (using also the planning ESA's planning framework APSI) and has been involved in the IMPACT Project (Intrinsically Motivated Planning Architecture for Curiosity-driven roboTs) aiming at creating new prototypes of autonomous systems.
#Artificial Intelligence #Robotics
A6 (pav. 9) - CINI - AIIS
2019
Back
Data updated on 2020-12-13 - 11.41.04 pm