The project is centered on an Android called 'Brother', with autonomous decision-making abilities and interaction with the outside world based on event recognition through the use of Artificial Intelligence techniques.

It is therefore able to interact autonomously with the world around it by establishing a dialogue with human beings.

It is designed to recognize objects or people and / or specific faces stored in its database, and it can also follow and track human beings who enter its field of vision to interact with them.

Completion was made in ABS or PTEG, 3D printed and assembled in our DigiLAB Volta laboratory.

Inside there are several microcontrollers (Arduino MEGA, Arduino Nano and ESP32) and numerous Servo Motors in different types due to the different structures to be handled, some of considerable weight.

Everything is then managed by a Windows 10 PC, on which a development application software based on Java and Python3 runs. In fact, the entire Robot is seen as a Java object and each of its capabilities is managed as a method to be used. At a low level then the various actuators present are operated and managed by peripheral microcontrollers.

To these basic skills was then added the ability to recognize the L.I.S. in real time by a human being positioned in front of his field of vision and the translation in real time of the recognized phrases both with an audio encoding in Italian, and simultaneously in Braille format, by sending data in Wifi to a Tablet prototype with a Braille matrix that prints the recognized letters and / or phrases.

This ability was achieved through the integration of the visual recognition of movements that the Robot (gesture) identifies with the use of the cameras positioned in the eyes of his head. All recognition is made with software written in Python by our team that uses Artificial Intelligence techniques for the 'pose estimation'.

Furthermore, once the sign language sentence has been identified, the Robot is also able to translate it in real time on a Braille matrix, using the WiFi transmission to send it to the Tablet where the matrix is ​​inserted. 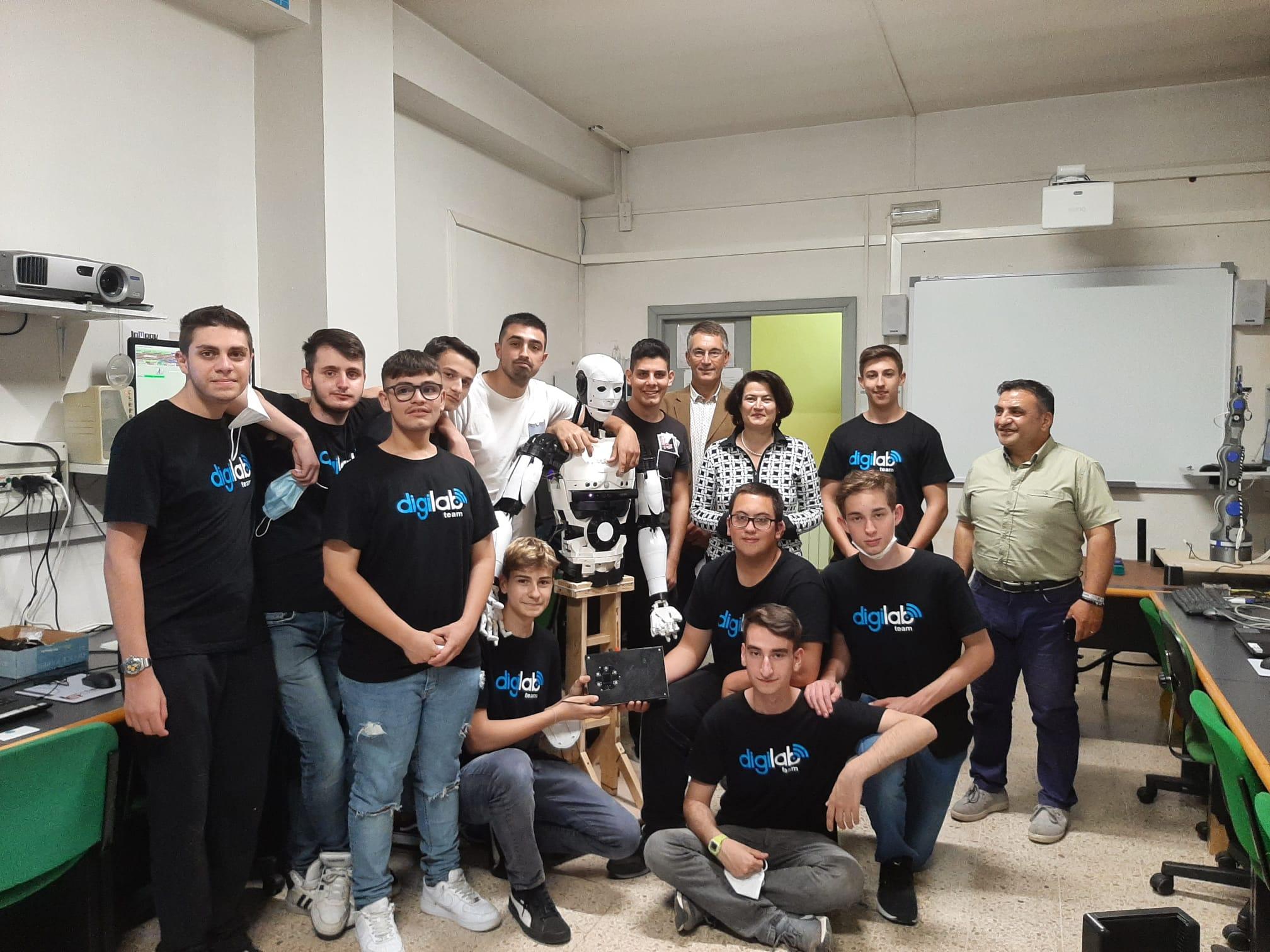 We are a team of students from IIS Alessandro Volta of Frosinone.
Everything stems from the desire to upset everyone's ordinary life.
In our team everyone has a specific role, thus facilitating the realization of our prototypes.
Our philosophy is to learn by doing
Our motto is' If you can dream it ... you can do it "