We design a new type of microprocessor, which works with ternary logic (instead of the usual binary).

The immediate benefits of the ternary are:

It reduces the size of the chips (especially the memory, which today occupies most of the surface).
Our idea offers technological advantages that enable a great leap forward in traditional processing and supercomputing.
It is optimally applied to the emerging fields of artificial intelligence and the brain-machine connection. Some neurobiological research groups are implementing neural networks with modeling of neurons using three states, because this better matches the activity of neurons.
We design, write specifications (ISA) and implement ternary microprocessors. 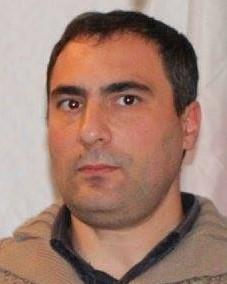 Cesare Di Mauro
I've started having interest on computer science in '82', when I was 11 years old.
I've quickly jumped from BASIC to machine language, then assembly (of different architectures: 6502, Z80, 680x0, 80x86, ARM, etc.), Pascal, C, and many other languages, until I've joined Python (my passion and my primary tool).
I've worked on several project; remarkably on some Commodore Amiga videogames, a JPEG 2000 decoder for STMicroelectronics, and WPython (an higher speed CPython fork).
My passion is computer architectures, and I've developed some of them (C64K: a Motorola 68K "heir". NEx64T: an x86/x64 rewriting & extension. Finally, 3ISA for ternary computers). I've worked as Senior QA Engineer for Intel, and now as Principal QA Engineer for the BMW Group.