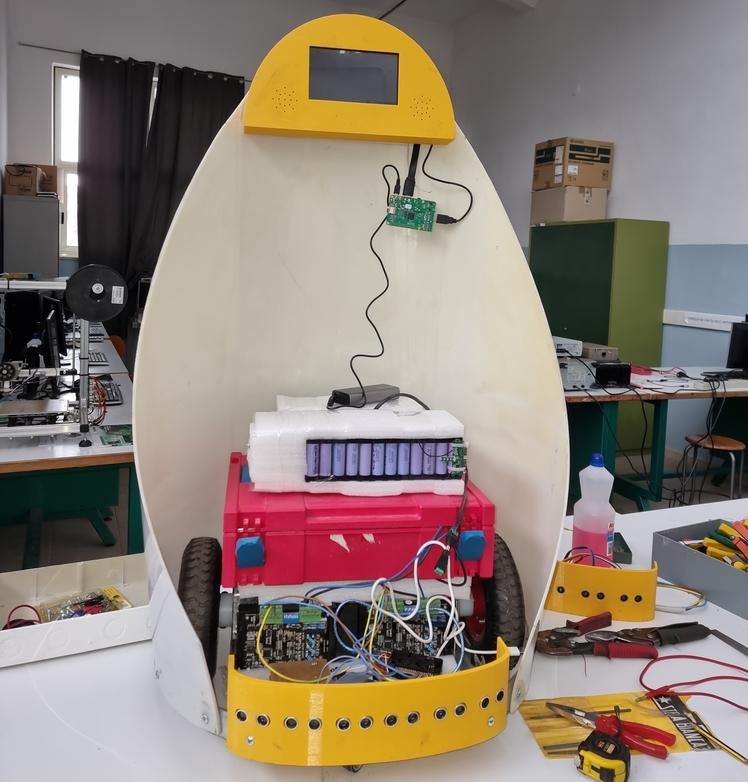 The Rewabot project is presented to innovate the catering sector. The system provides for the complete management of a restaurant, with virtual menus and support in the kitchen. The most innovative part of the project is the implementation of an autonomous robotic system that plays the role of waiter. The "Vikie" waiter interacts with the customers at the tables through voice communication, is equipped with an autonomous guide and is able to move safely, through a sensor system that allows the robot to avoid obstacles along the way. The most important features of the rewabot system include the use of augmented reality and machine-learning, as well as the implementation of autonomous driving systems and the creation of web & mobile apps. Unlike other similar robots (usually of oriental origin, where the market for robots for applications relating to the catering sector is quite thriving) the "Vikie" robot is equipped with artificial neural networks and self-alignment procedures at the tables by means of augmented reality . Below is a list of the main features of the system: order management at tables and support in the kitchen, robot equipped with manual and automatic handling, video surveillance, web streaming, automatic system for positioning at tables and in home position, sensor system and autonomous driving, control and parameter setting at run-time, voice interaction and touch-panel. 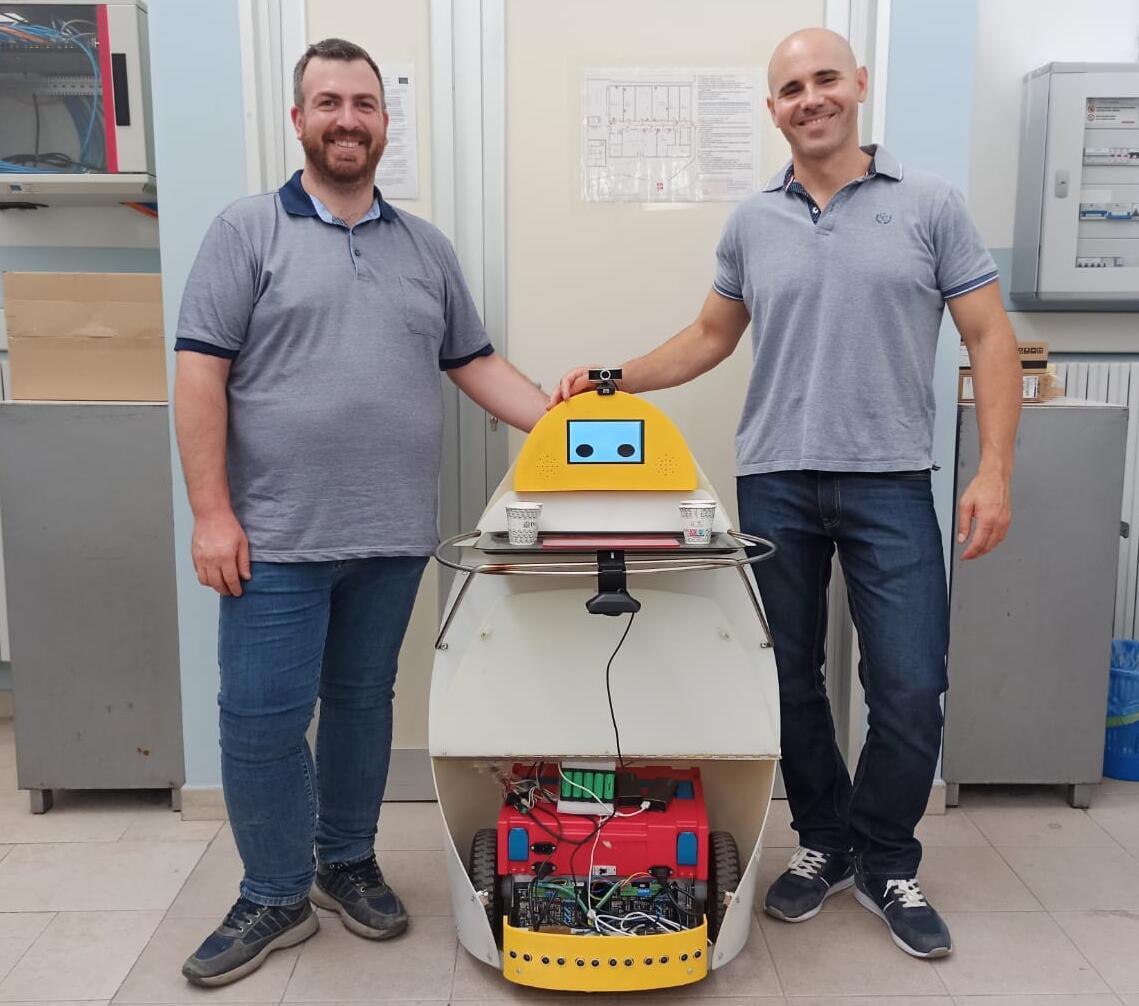 Eng. Chimenti Umberto, after earning a master's degree in computer engineering at the Polytechnic of Bari, deals with technological innovation in the industrial field, working as a researcher in the field of numerical control machines (CNC, PLC). Subsequently, he devoted himself to the automotive sector, creating HMI-Car systems, satellite navigators and GPS modules. Expert in embedded systems and robotic technologies, passionate about linux and programming languages, he currently teaches systems & networks and information technologies at the technical and technological institute of Gioia del Colle (BA), dedicating himself to robotics for educational and innovative purposes. He works as a consultant as a web and mobile full-stack designer and developer.