Argo, the intelligent autonomous robot for your home @ MFR2022 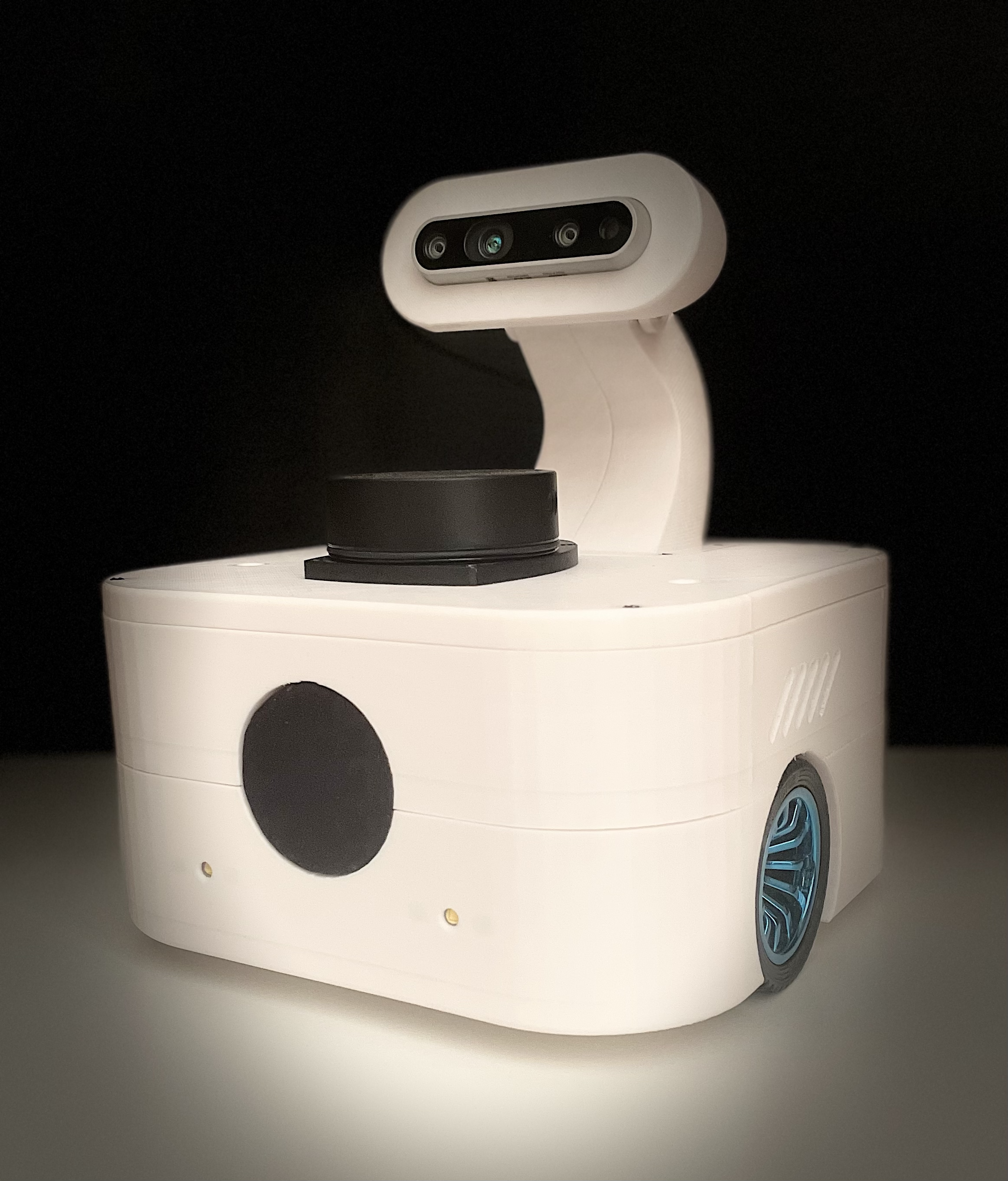 Argo, the intelligent autonomous robot for your home

We envision a future where everyone can have a personal robotic assistant in his home. A robot which can entertain but also be useful. To realize this vision, we have built Argo, an autonomous driving robot equipped with sophisticated sensors and AI algorithms.
This robot exploits Lidar technology to build a map of the environment and navigate autonomously around your home. Argo has microphones and speakers too, so he can listen to you and even talk. Just say: "Hey Argo, bring me a beer" or "Hey Argo, dance with me".

Argo is equipped with a camera as well, so that you can do video surveillance when you are not at home. Moreover, exploiting Deep Learning techniques, Argo can recognize persons and objects.

Leonardo Bertelli: During University he has joined Dynamis PRC and Skyward. The former designs and builds autonomous driving racing cars, the latter builds and launches rockets. Now he is a Space Robotics Engineer for the Mars Sample Return Campaign, a mission which will bring back to Earth the first samples of Mars soil.

Luca Acquati: In his spare time, he has designed and built the control for an inverted pendulum and the flight code for a drone. Now he works in the automotive field, where he develops control algorithms for cutting-edge braking systems.

Federico Sarrocco: During University he has joined Dynamis PRC, a student association which designs and builds autonomous driving racing cars. He leads the Driverless Team, where he develops Deepl Learning and vision algorithms for the racing car.