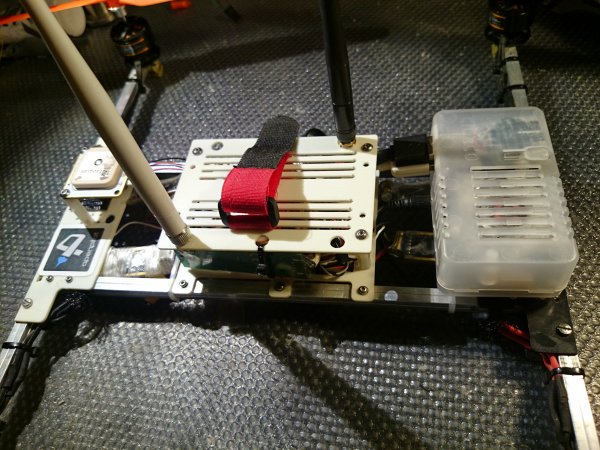 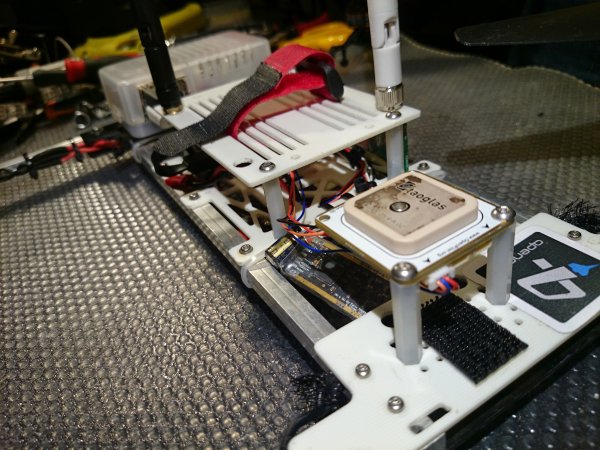 Wanderer is a quadcopter made as a study platform for the integration of opensource softwares LibrePilot and ROS.
The on board flight controller (OpenPilot Revolution) provides sensors (inertial, magnetometer and barometer) and all low level and real time functionalities like stabilization and input/output management.
It is connected with a single board computer running Linux and ROS platform.
The Linux box receives all telemetry information and send command to the flight controller, opening to a lot of advanced functionalities like optical flow ( ground speed measurement based on down facing camera).
Italy
WEB FACEBOOK TWITTER 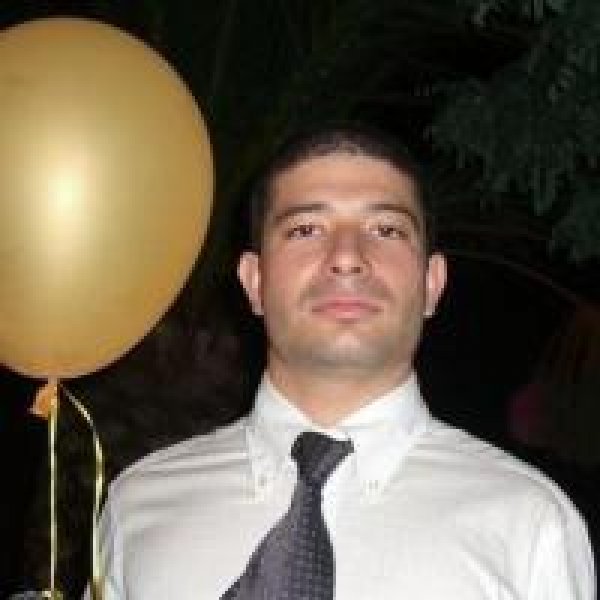 Alessio Morale and the LibrePilot team

IT and electronics are his hobbies since forever. To those adds up an insane willingness to know how stuffs works.
Several years ago he discovered by chance the world of multirotors and UAV. At the beginning they were just simple arduino based projects but soon moved to more advanced platforms.
At the beginning of 2012 he started collaborating with the OpenPilot project and later co-founding in 2015, with several of its former developers, the LibrePilot project (www.librepilot.org). He's now the firmware and architecture lead for the project.
When he's not flying his "toys", blending something on his CNC or fusing some plastic stuff on his 3D printer, he from time to time takes pictures (https://www.flickr.com/photos/alessiomorale/ ) or ride his motorbike.
#Robots #Communities #Drones
R3 - Officine Robotiche
2015
Other project in this stand
Back Data updated on 2022-11-08 - 10.59.34 am