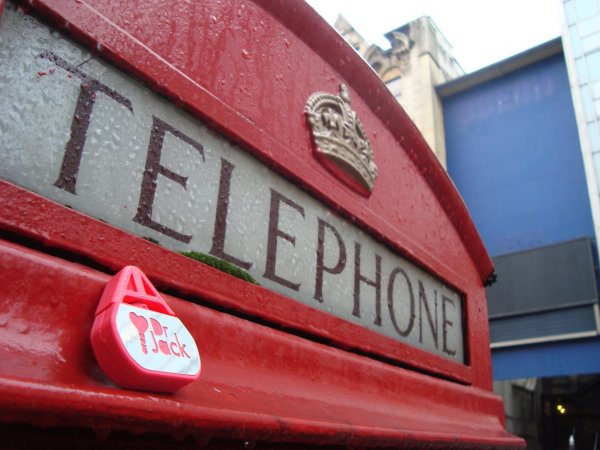 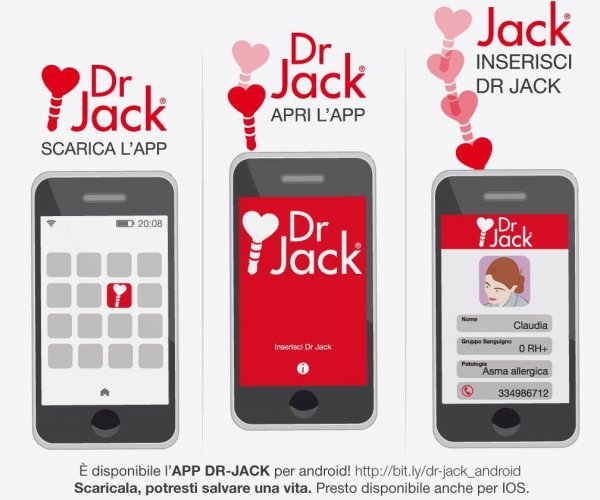 Dr-Jack : Your health data in a headphone jack

Dr-Jack connects to all devices, such as smartphones and tablet and with any operating system (Android, iOS, etc.), through the headphone jack and alongside with the App you can chose which data to With Dr-Jack you can protect your relatives and you can know they are protect even when not home.

Think of your children, if they have any allergies or diseases with Dr-Jack, a teacher or anyone, at school in the gym or anywhere else, can get to know their particular needs so they will not be unprepared in case of emergency.

Think of your grandparents, as well. When they go outside for a walk, if they suffer from Alzheimer, they could get lost and forget how to get back home. If they wear Dr-Jack anyone, with a smartphone or a tablet and the App, can read the number of a relative and contact them; in this way, you can give an immediate help.

Dr-Jack is an extremely innovative product that uses a widespread communication system, so used that any device can read the data: the headphone jack that any smartphone, tablet and pc have and it is compatible with every operating system, such as Android and iOS.

Download the App, connect Dr-Jack and you will be able to read all the data in the App or on the Website.

Privacy is guaranteed thanks to the jack, because data is read only when Dr-Jack is physically connected to the device.

Bluetooth technology was not chosen because the 2.0 version required paring, so a PIN number that could not be given in case of faint of the injured. The 4.0 version, instead, would have given easy access to personal data to anyone even at many meters away and the older devices would have not been capable of this technology.

The NFC technology was not chosen, as well, because not every device have it integrated and some, such as Appleâ€™s device, would not permit access to third party App. 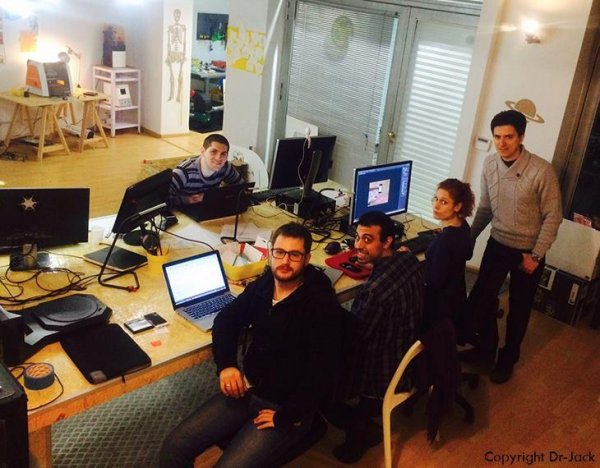